Papua New Guinea is seeking $US1 billion dollars from Australia to help finance its 2019 budget. 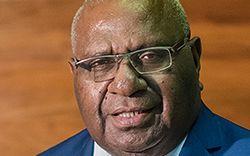 The ABC reported this would include help to fight corruption and build roads in remote areas.

The request came from PNG's Commerce and Industry Minister, Wera Mori, who has told the Australian prime minister that the new PNG government has realised it is in a situation which it needs to "come out of".

The money would go help PNG meet funding obligations from the 2019 budget so services could be delivered to the people, he said.

Mr Mori is part of a delegation of senior PNG ministers in Australia attending a PNG investment conference in Sydney.

Australia is the biggest aid donor to PNG with $US410 million in official development assistance in the current year.