Australia should be sanctioned or suspended from the Pacific Islands Forum over the Morrison government's pro-coal stance, Kiribati's former president, Anote Tong, says. 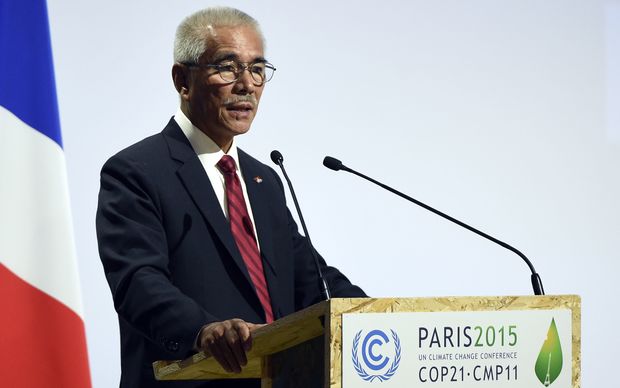 The Sydney Morning Herald reported Mr Tong saying if a country causes harm to others, such as by fuelling climate change, "there should be sanctions".

Mr Tong, who has long been an advocate for low-lying nations facing catastrophe as sea levels rise, said the Australian government's recent approval of Adani's Carmichael coal mine was an example of "ignoring the science that's coming forward".

His call for punishment came as Mr Morrison was forced to downplay comments by his deputy, Michael McCormack, that Pacific nations would "survive" the climate crisis because they could come to Australia and pick its fruit.

He had also hoped to shore up support for Australia in a region where China's economic and strategic reach is expanding.

Mr Tong said the Pacific nations did not always see China as a threat, nor did they see it as a big a threat as climate change.

In an article in which Mr Bainimarama accused Mr Morrison of insulting comments at the summit, he said the Chinese were "good people, definitely better than Morrison, I can tell you that".