RNZ Pacific's CNMI correspondent reported that the Hong Kong-based company, which operates the Grand Marianas complex on Saipan, had paid only a third of its $US15-million annual licence renewal fee. 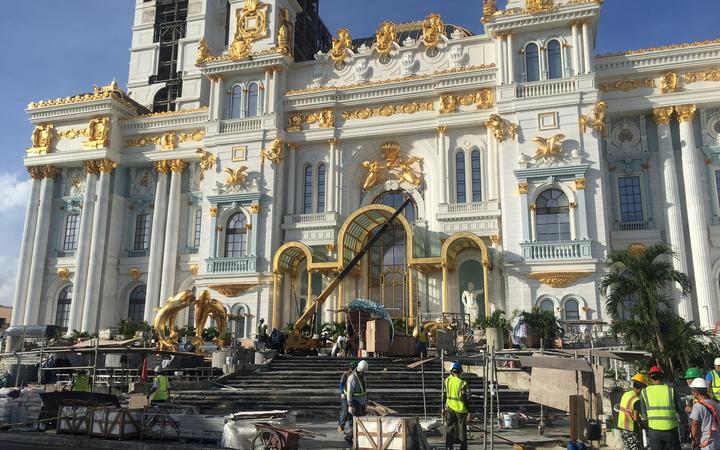 The Governor, Ralph Torres, confirmed the company was $US10 million short under the Commonwealth Lottery Agreement signed by it and the CNMI government in 2014.

Mr Torres said his administration was now determining what response it would make over the delinquent payment.

Aside from the licence fee, Imperial Pacific is also obligated to provide $US20 million dollars for the Community Benefit Fund, which goes to education, infrastructure, public safety and other community programmes.

Under the $US3.14 billion dollar casino agreement, Imperial Pacific promised to construct 2229 hotel rooms, 17,000 square meters of gaming floor and the world's largest water park and other features.

The Grand Marianas is still unfinished.