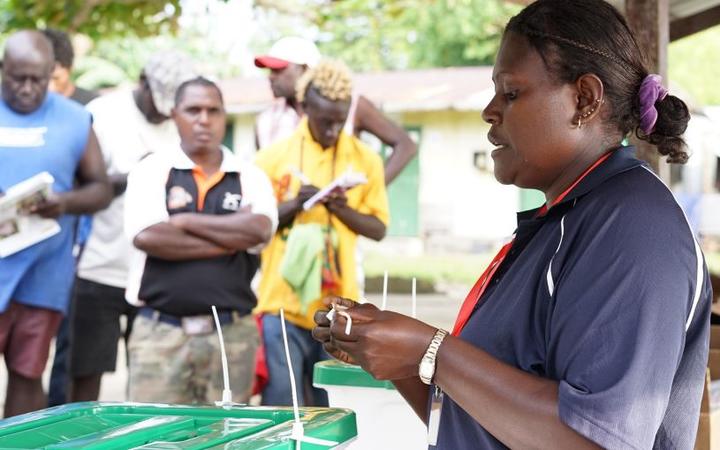 From November 23rd Bougainvilleans will vote on whether to accept independence from Papua New Guinea.

The International Foundation for Electoral Safety has conducted a study in Bougainville and found high rates of violence against women from family members.

The Violence Against Women in Elections in the Autonomous Region of Bougainville report's lead author Alison Dyer said this violence often revolves around vote buying.

She said candidates will offer cash for votes to the heads of households.

"And where the conflict arises is when the woman or other member of the household decides to vote for someone else and the head of household finds out about it."

"And so what it really comes down to in that sense, beyond the vote buying itself and a specific electoral aspect, is that women are not granted secrecy at the ballot in every case and they are not protected from this."

Alison Dyer said one step that can be taken is for election officials to ensure voting is genuinely secret.

"So things like ensure that poll workers are the ones assisting women in the ballot box and not male family members or other family members. Ensuring there is adequate screening between polling booths so that women do have that privacy"

Alison Dyer said female voters also need to know what steps they can take if they are facing electoral violence or domestic violence.