A dengue outbreak in the Marshall Islands has reached the capital Majuro, as the government maintains a state of emergency. 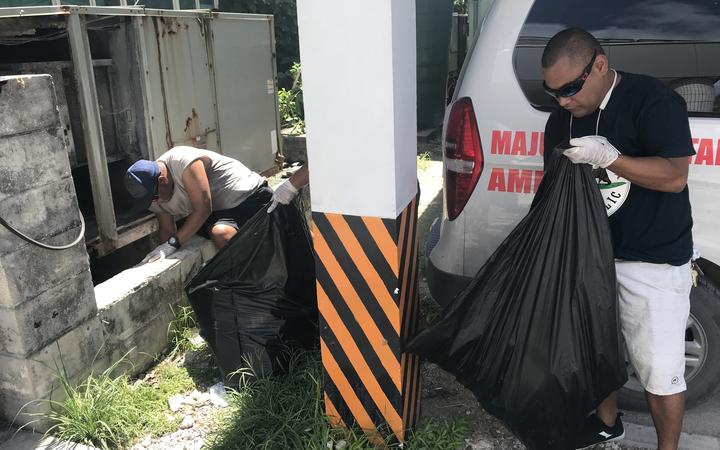 Since July, there have been 150 cases of type 3 dengue in Ebeye Island, where the government has blocked some domestic travel.

On Friday, the Health Ministry said it had also found two cases in Majuro and imposed similar travel restrictions, which prevent access to and from the outer islands where health facilities are limited.

The cases in Majuro have not been lab confirmed yet but the ministry is treating them as dengue cases because of the number of cases already confirmed. Samples have been sent off-island are expected to be confirmed by early this week.

Health secretary Jack Neidenthal said hospital beds in Ebeye were so full that cots were being sent over from the capital.

"The numbers have not plateaued yet," Mr Niedenthal said. "They are still going up."

In 2011, during the last outbreak of dengue in the Marshall Islands, there were 1600 cases.

Aggressive mosquito spraying and clean up work in Ebeye was helping to slow the disease's spread, Mr Niedenthal said.

All public and private schools in Ebeye were cancelled last week and people were encouraged to stay indoors.

Mr Niedenthal said the World Health Organisation (WHO) and US Centers for Diseases Control had been engaged by the Health Ministry, and neighboring islands were assisting as well.

The health department in Chuuk, Federated States of Micronesia has delivered 30 dengue test kits and the WHO has provided 500, split between Majuro and Ebeye, Mr Niedenthal added. The WHO and the Red Cross have also donated hundreds of mosquito nets.