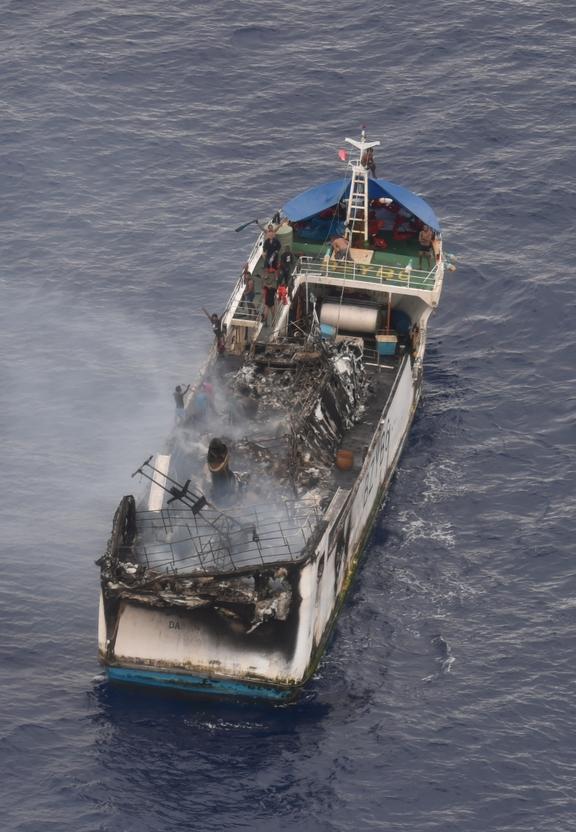 A Chinese fishing vessel found on fire near Tuvalu is now taking on water and the crew is reported to be abandoning ship.

The Orion dropped communications equipment, fresh water and lights to the crew of the Jin Xiang 6. 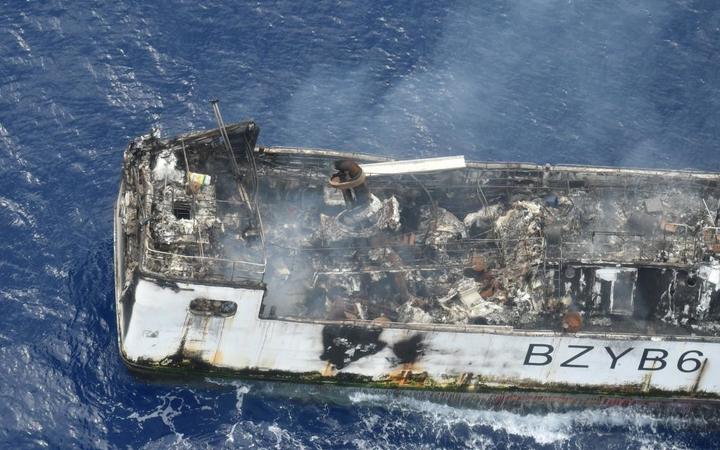 Now the Fiji Maritime Surveillance Rescue has reported there are 16 crew with the vessel and that life boats are in the water, as the vessel takes on seawater.

Fiji is connecting with nearby resources to help the crew.