Ian Rintoul of the Australia Refugee Action Coalition said the detention centre had been built with Australian money and input.

He said about 50 asylum seekers were transferred to the new detention facility on Sunday. 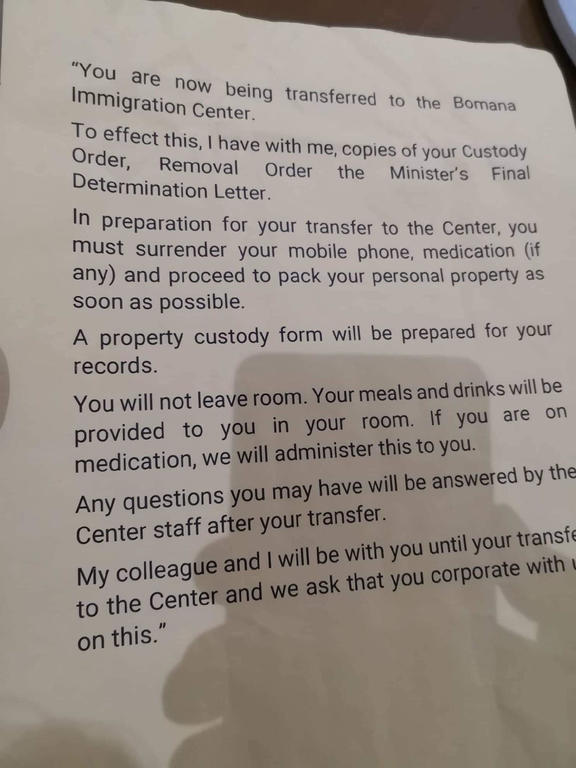 What the new Bomana inmates are being told Photo: Ian Rintoul

Mr Rintoul said they had been moved to Port Moresby under the guise of a need to repair the Hillside camp on Manus but he said this was clearly a ruse to get them to the capital city.

He said those moved had not been given refugee status.