The children of Australian pilot Gilbert Parker have visited the site where his helicopter crashed in Fiji last week. 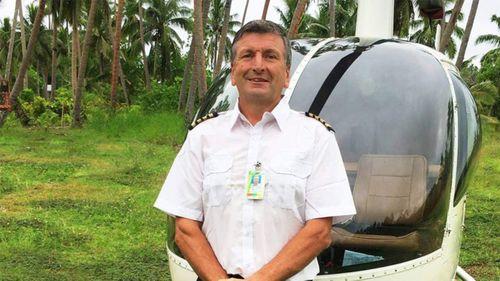 Mr Parker was transporting an ill two-year-old boy and his mother to a hospital in the north of the country when the incident happened.

Cassandra and Bradley Parker laid flowers on the water at Natewa Bay this week.

They also thanked members of the search teams for their efforts.

Into its seventh day, the search had yet to locate Mr Parker and the toddler.

Police said the mother's body was recovered by villagers from the Natewa Bay shoreline last weekend and a post-mortem examination was conducted.

He said the navy had joined the search and would be using sonar.