The French Polynesian government and the territory's mayors have been sharply criticised by the anti-nuclear group Association 193 for their silence on the French weapons test legacy. 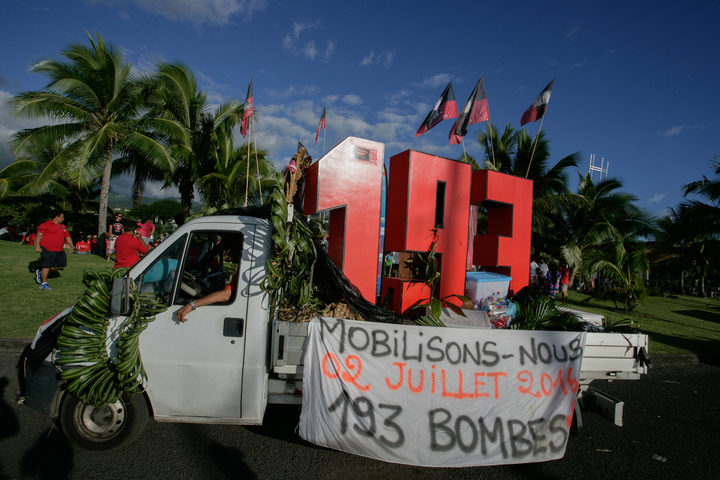 A vehicle of the "193" anti-nuclear association in Papeete Photo: AFP

The group issued a statement over the failure of the mayors' congress in Rikitea last week to discuss what it considers to be the most significant aspect of the region's history, which impinges on many people's lives.

It says the week-long taxpayer-funded congress, which discussed environmental problems, was yet another mascarade as mayors fear losing French funding a year out from municipal elections.

The association has called on elected politicians to be more daring and challenge France over its criminal responsibility for the tests' impact.

Association 193 says President Edouard Fritch's offer at the Pacific health ministers' meeting to tackle cancer is part of the strategy to exonerate the French state which itself is responsible for the cancers caused by its 193 nuclear weapons tests.

The statement says if major meetings avoid raising the problems of the test legacy, people are not fooled and will be out when the French president Emmanuel Macron visits to play another tune than that of the unscrupulous French Polynesian and French governments.