The Marshall Islands put domestic travel restrictions into force Wednesday night this week in the wake of an outbreak of dengue fever on Ebeye Island. 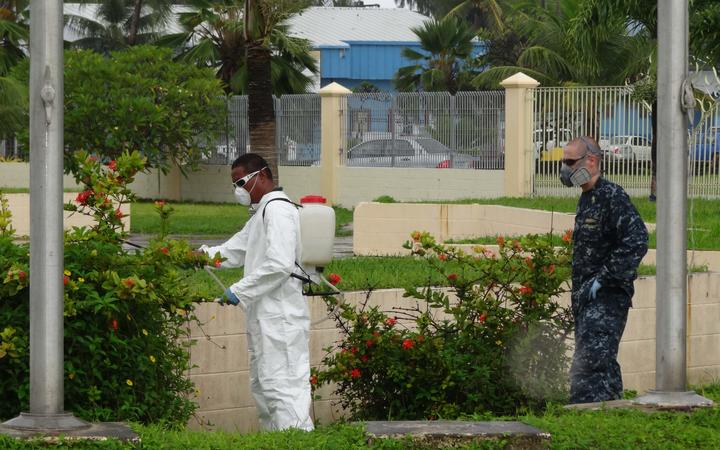 Health authorities also confirmed this is an outbreak of type 3 dengue.

Degnue was last identified in the Marshall Islands in 2011 when the nation was hit with 1,603 cases of type 4 dengue.

The Marshall Islands Cabinet declared a state of health emergency on Tuesday, approving over $US450,000 that can be used by the Ministry of Health and Human Services (MoHHS) to counteract the problem at Ebeye.

"In response to the State of Health Emergency because of the Dengue Fever Outbreak, the MoHHS is making a considerable effort to protect the Outer Island communities from the introduction of Dengue," said Niedenthal in a memo to all ports of entry in the country as well as the local airline, shipping company and fisheries department.

"The aim is to halt dengue fever transmission to the outer islands because of the limited resources available in their local health centres. These health centres are not equipped in any way to manage severe dengue cases.

"The travel advisory directs that "all sea and air vessels must adhere to this travel advisory and must not board or permit any person from Ebeye to travel to the outer islands."

Ebeye Island, located next to the US Army Garrison, Kwajalein Atoll, which is the headquarters of the Reagan Test Site, has a population of about 12,000.

About 900 base workers who live on Ebeye travel the three miles to Kwajalein daily by boat. About 2,000 Americans also reside on Kwajalein Island, the base headquarters.

Dengue is spread by mosquitoes. A mosquito can be infected with dengue if it takes the blood of a person infected with the virus. It is not spread from person to person.

The state of health emergency designates the MoHHS as the Health Emergency Operation Center and activated the ministry's Epidemiology Network Team to provide updates on dengue cases identified and lead the response to the outbreak.

The emergency declaration noted that the two mosquitoes that transmit dengue, aedes aegypti and aedes albopictus, are abundant in the Marshall Islands.