Fiji is proposing new climate change laws to restrict the use of plastics, and plan for the relocation of threatened coastal communities. 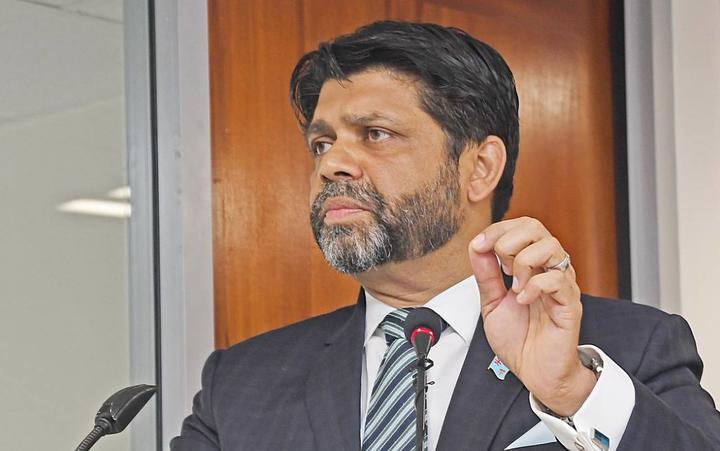 The legislation, announced in parliament today, will also set out a plan for Fiji to achieve net zero carbon emissions by 2050.

He said the international community's failure to set a cap of global warming to 1.5 degrees is "grossly irresponsible and selfish".

"As the impacts of climate change, accelerate and attempts are made to weaken global ambitions, we must listen more than ever to the scientists, not the climate deniers or those motivated by self-interest or political interests."

Aiyaz Sayed-Khaiyum said Fiji also plans to make 30 percent of its exclusive economic zone a marine protected area by 2030, with the entire area to be "sustainably managed" by the same deadline.

The bill will be introduced to parliament in September and the government hopes to pass it into law by December, Mr Sayed-Khaiyum said.

The legislation would also increase its levy on plastics from by 150 per cent, Mr Sayed-Khaiyum said.

"We encourage the use of reusable shopping baskets and bags made and woven in particular by Fijian women and artisans."

The bill's announcement comes ahead of next week's Pacific Islands Forum in Tuvalu, where the climate crisis is expected to be heavily debated, including the responsibilities of coal-producing nations like Australia.

Mr Sayed-Khaiyum said Fiji has asked other Pacific nations at the meeting to join it in imposing a 10-year moratorium on seabed mining from 2020 to 2030.

"This would allow for a decade of proper scientific research of our economic zones and territorial waters," he said.