France has submitted its claim to extend the continental shelves in French Polynesia by almost a quarter of a million square kilometres. 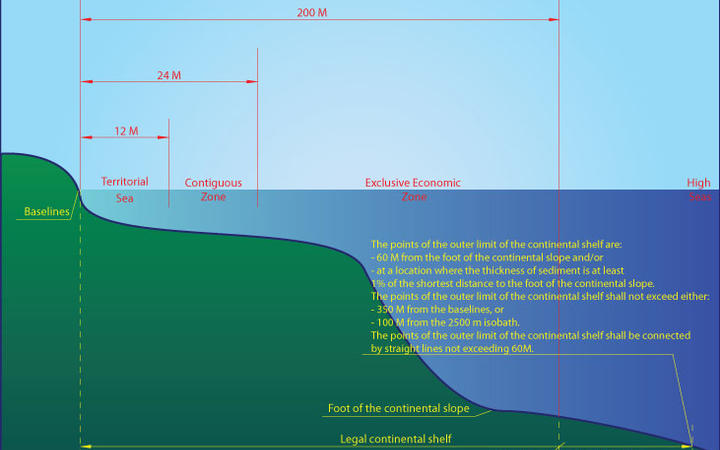 Photo: Commission on the Limits of the Continental Shelf

The submission to add to the shelf in eastern Polynesia has been made in New York at the Commission on the Limits of the Continental Shelf in the presence of French Polynesia's culture minister.

French Polynesia's EEZ is more than 4.7 million square kilometres and accounts for almost half of the water surface under French jurisdiction.

France's Economic, Social and Environmental Council has been urging the government to secure resources in the seabed off France's overseas territories.

It said France would be negligent not to profit from this as French Polynesia has rare earths, whose reserves are held by China in a near monopoly.

The pro-independence movement keeps challenging France's control of the resource.

In June, a lawyer of the group Blue Ocean Law said while France has plans to exploit seabed resources it also has fiduciary obligations.

Julian Aguon said a precedent was set by the International Court of Justice when it ruled in favour of Nauru which challenged Australia for breaching trusteeship obligations over phosphate mining.