France says it plans to extend its claim to continental shelves in French Polynesia by possibly up to several hundred thousand square kilometres.

Surveys have been held this year and an application to add the sea shelf beyond the internationally recognised 200-mile Exclusive Economic Zone is expected to be submitted within two years. 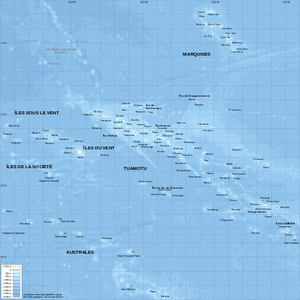 This comes just days after France added a total of half a million square kilometres off New Caledonia and its territories in the Atlantic Ocean after a favourable recommendation by the United Nations' Commission on the Limits of the Continental Shelf.

French Polynesia's EEZ is now more than 4.7 million square kilometres and accounts for almost half of the water surface under French jurisdiction.

Two years ago, the French Economic, Social and Environmental Council urged the government to secure resources in the seabed off France's overseas territories.

It said France would be negligent not to profit from this as French Polynesia has rare earths, whose reserves are held by China in a near monopoly.