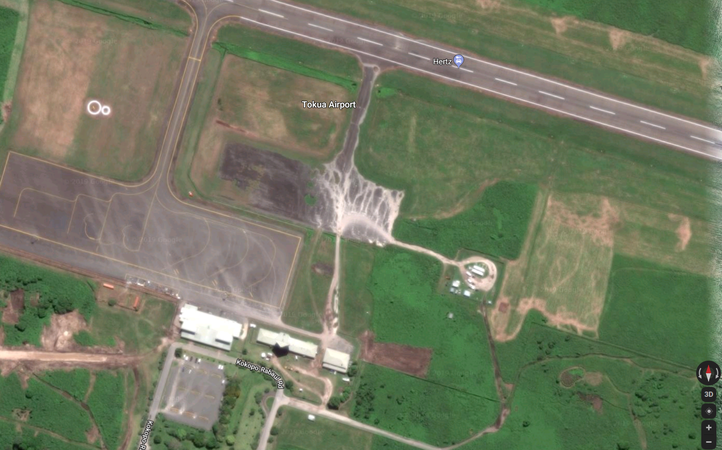 Tokua is the airport serving Kokopo and Rabaul in East New Britain.

The seven victims and three who survived, but are seriously injured, were in a staf housing compound of the National Airports Corporation (NAC).

Assistant Police Commissioner Anton Billie said it was a big fire that engulfed the whole house while ten people from the same family were sleeping.

"Three of them, the owner of the house who is an employee of NAC, plus two of his daughters, escaped with burns to parts of their body," he explained.

"The other seven of them couldn't manage to escape so they were all burnt down with the house, completely."

Remains of the victims have been taken to the hospital mortuary, while the fire

The company, in a statement, said there had been no explanation, so far, as to the cause of the fire. Police are investigating, with Superintendent Billie saying it was too early to describe the fire as suspicious.

"The fire people will try and establish a cause of the fire, and maybe the police will try and see if there are any motives behind this fire or whatever. At this stage, we can't really tell if it's suspicious."

The chairman of the corporation's board, Reubean Aila, said "it was with a heavy heart we advise we have lost some precious lives this morning from the NAC family at Tokua".

He said "we pray for the affect families and are offering comfort and support".

According to Superintendent Billie, the NAC worker whose house was burnt is from Central province, while his wife -- who along with some of his children was among the dead -- is from Southern Highlands.

Three people are reportedly being treated for serious burns at the Nonga Base General Hospital.

Meanwhile, the airport at Tokua has remained open.