The Samoa government is accelerating plans to build a new national rugby stadium following criticism of the playing field at Apia Park.

Manu Samoa beat Tonga 25-17 in their Pacific Nations Cup opener on Saturday, but the game was almost called off before kick-off, with the playing surface resembling a mud-bath following heavy use during the Pacific Games and significant rain in the Samoan capital. 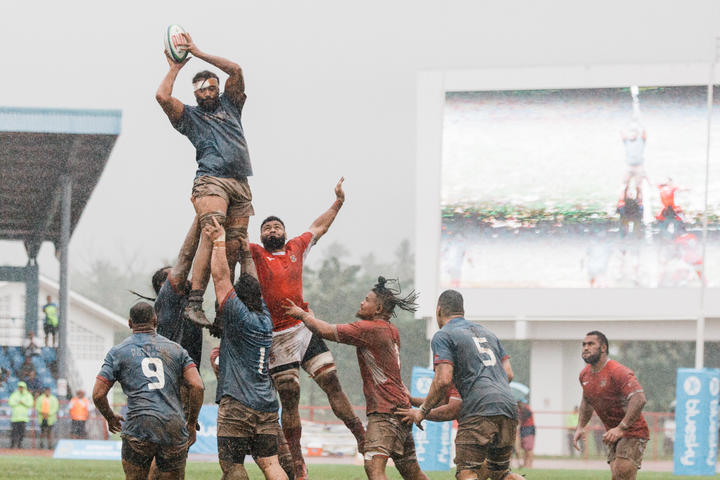 Samoa's Minister for Sport, Loau Keneti Sio, said the pitch at Apia Park is built on swampy land and agreed it was in need of an upgrade.

He said the government wants to build a new home of rugby on the other side of town and the sooner the project can get underway the better.

"So we are planning to move down to where the other sports facilities are at Tuanaimato and hopefully we can build a big stadium there for rugby alone and leave Apia Park," he said.

"Actually, the area is just a swampy area, so we can't just fix it when we come into bad weather but yes of course we are concerned with it and we are having planning so that we can push through the cabinet where we can move down to Tuanaimato going forward." 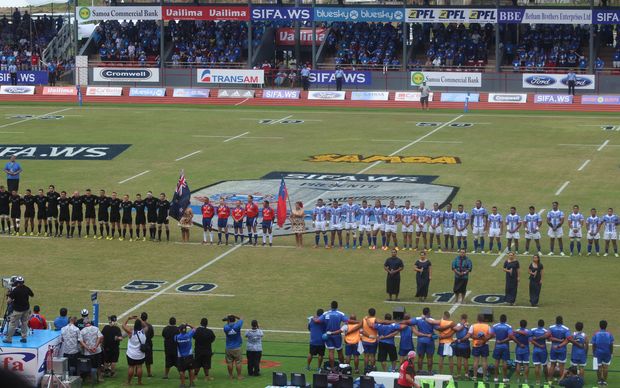 Apia Park was built in 1924 and last underwent extensive renovations four years ago, prior to hosting the rugby test between Manu Samoa and the All Blacks and the Youth Commonwealth Games.

Loau Keneti Sio, who is a former Manu Samoa international, expected a new stadium would take two years to build and said if the government is able to get a plan into action soon it could be ready by 2022.

"It was a thought we've had for a while now, especially with the conditions of Apia Park when it comes to a rainy season so with the facilities down here that we have all the sports down here at Tuanaimato now so building a stadium there will actually bring the attentions and the other way that we have a lot of access to Tuanaimato rather than down at Apia Park with only one access.

"In the next financial year will be much better, that's the way I look at it," he said. "I've already talked to the Prime Minister and I've indicated [my concerns] to him and yes he's concerned with the problems that we're having at the moment down at Apia Park. With climate change nowadays, this time of the year it's always sunny down here now but it's getting to the rainy season now." 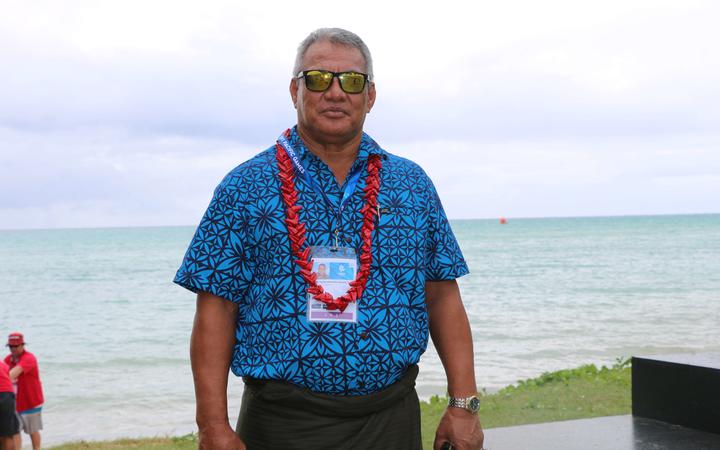 The Samoa Rugby Union CEO Faleomavaega Vincent Fepulea'i said the playing surface at Apia Park last weekend was the worst he had seen for a number of years.

"The last time we had that sort of conditions was around about 2010, way back, and unfortunately at this time of the year it's supposed to be our dry season and the weather has played a big part not just for the test match last week but for the Pacific Games as well," he said.

"A lot of lessons was learnt from the whole thing. The owners of Apia Park have actually looked at it now and I think because where Apia Park is it's quite at sea level and it used to be quite a swampy area for many years and some more work has been put into it over the years, but it hasn't quite resolved the problems." 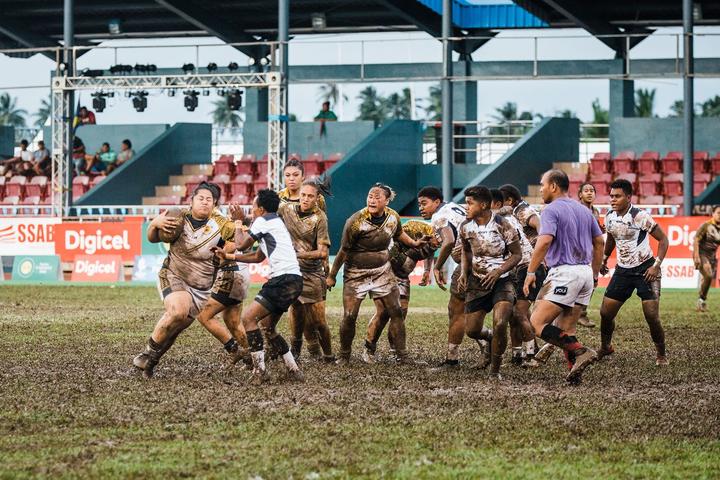 Heavy rain and two days of rugby league nines did not do Apia Park any favours. Photo: Games News Service

The rugby sevens competition at the Pacific Games was moved to the Marist Saint Josephs ground three weeks ago but Faleomavaega said the ground did not reach the standard required by World Rugby to host a full test match.

He said the playing surface at Apia Park was signed off by World Rugby three days before kick-off and the referee was happy to proceed with the match on gameday but, ultimately, the "weather gods did not work in their favour".

S/o to @WorldRugby for signing off the field for us to play on today pic.twitter.com/nQxgc2bZYs

"We worked closely with World Rugby and the Samoan Sport Facilities Authority, which is the stakeholders that owns Apia Park, so we put in a plan straight after the Pacific Games which turn around the pitch, which recovers quite quickly," he said.

"They finally signed it off on the Wednesday before the match on Saturday but unfortunately there was a heavy downpour the night before and just about when the match was about to start...it dug up quite quickly but at the end of the day the referee was when the game started able to make that call whether the pitch was unplayable or to continue on with the match." 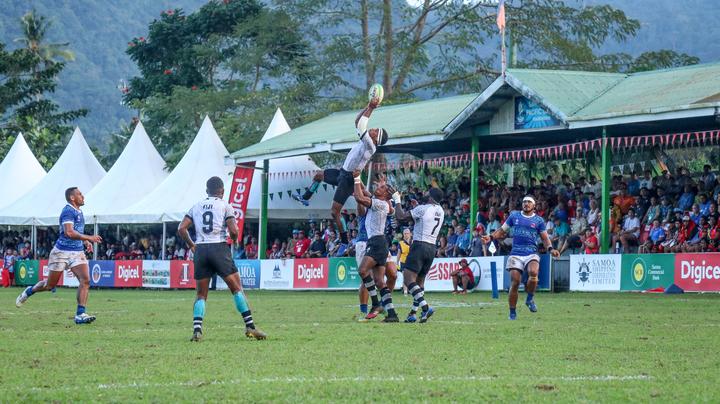 The rugby sevens competition at the Pacific Games was moved to the Marist Saint Josephs Stadium. Photo: Games News Service

The SRU is based at Tuanaimato and Faleomavaega said the Union was fully behind the government's plans to build a new stadium specifically designed for rugby.

"SRU is sitting on 32 acres of land up there and it's always been the long-term plan of the Union to have a stadium up there and considering what had happened over the last month I think that conversation has now become a priority for the government and also the rest of the stakeholders to seriously look at a stadium up at where the Samoa Rugby Union is located."

Loau Keneti Sio said Samoa plans to ask New Zealand for help in funding the new stadium but will also look to China if their Pacific neighbours are unable to assist.