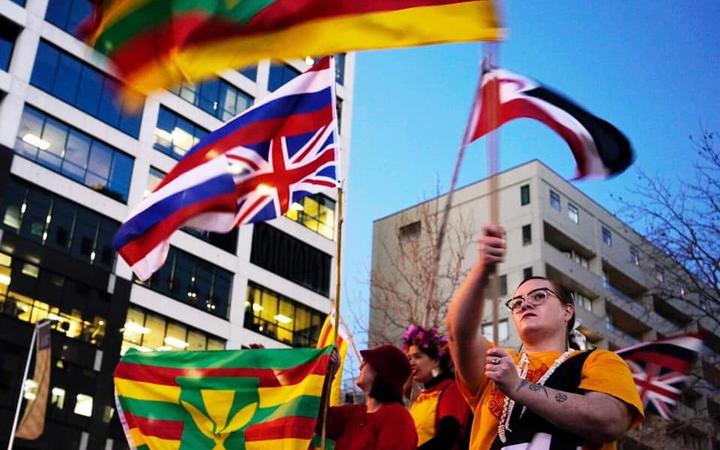 For the seventh day, protestors have occupied the site of a planned giant telescope atop Hawaii's highest mountain, which is considered sacred.

Many Maori in New Zealand have also come out in staunch opposition to the 30-metre, $US1.4 billion project.

In Auckland's Aotea Square this evening, protestors wore red and yellow and clutched Hawaiian flags, among them Mera Penehira.

"I think it's really important that as people of Polynesia, that as Maori, we come out and we support Kanaka Maoli on these kinds of issues," Ms Penehira said.

"It's critical in this day and age, that as indigenous peoples we band together globally to support each other and the protection of our sacred lands."