Hundreds of people protesting against the construction of a 30 metre telescope on the US island of Hawaii's tallest mountain have declared an initial victory.

The mostly native Hawaiian protesters say Mauna Kea is a sacred location and the construction of the $US1.4 billion project should not go ahead. 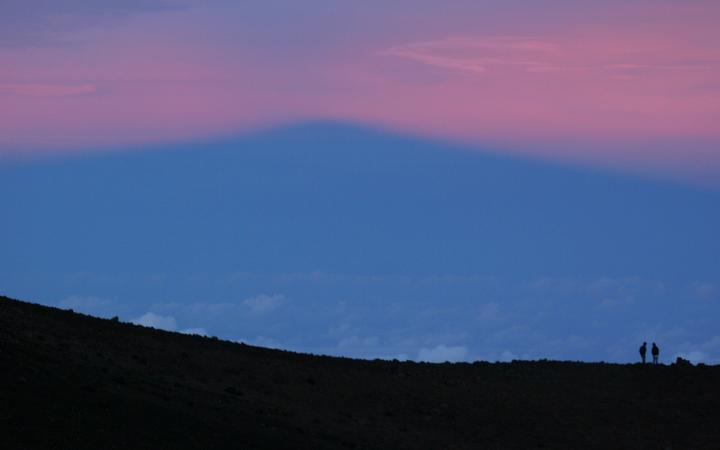 The shadow of Mauna Kea in Hawai'i Photo: AFP

The Star Advertiser reports protest leader Kahookahi Kanuha as saying they managed to stop day one of the planned construction without any arrests after law enforcement officers retreated yesterday afternoon.

Mr Kanuka described it as "a touchdown on the first drive" but said the game was not over, but they scored and that was the objective.

State Governor David Ige said construction would begin this week after a 10-year process of approval.

But just as they did four years ago, protesters successfully blocked the access road to the top of Mauna Kea, where the telescope is to be built.

State officials backed off of threats to take into custody protesters who had chained themselves to a cattle guard on Mauna Kea Access Road.

A second day of demonstrations has begun today.