The fight to stop the construction of a giant telescope on a dormant volcano in Hawai'i looks set to head to the Supreme Court. 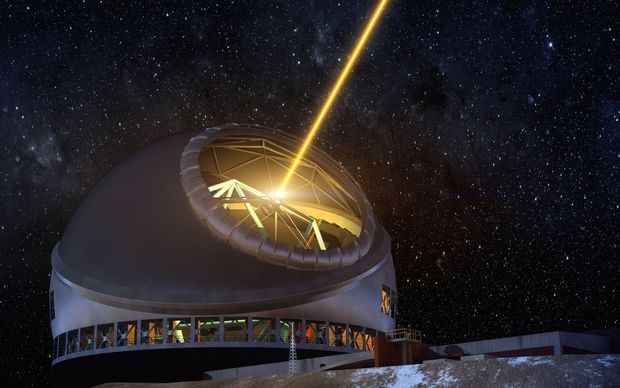 The State Land Board has granted a permit to the $US1-billion, multinational project which will build a 30 metre telescope on Hawai'i's Mauna Kea.

A spokesperson for what is called the Thirty Metre Telescope, or TMT project, said the granting of the permit was a step forward.

But opponents are adamant it is not the final say.

Kealoha Pisiotta is the head of the non-government organisation Mauna Kea Anaina Hou, who is one of 20 plaintiffs looking at appealing the decision.

She said her group's aimed to protect its unique culture and environment.

"Just because you want to build it does not mean you should build it, because Mauna Kea is a very sacred place," she said.

"They have plants and animals that are not found anywhere else on earth, and because it is over seven of our aquifers, and if it is built, it is going to challenge that."

TMT said the project would provide about 300 construction jobs and 150 long term jobs once the telescope was built.