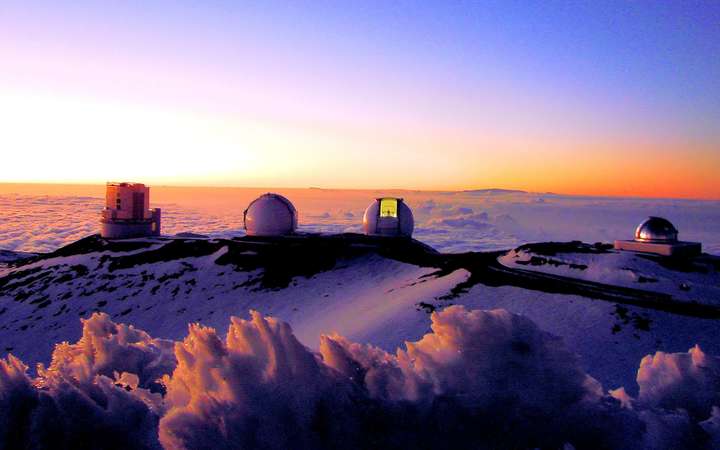 The observatories at the top of Hawaii's Mauna Kea mountain. Photo: Wikimedia commons

An opponent of plans to build a giant telescope on a Hawaiian mountain says they will continue to fight it even if a permit is granted.

A second contested case hearing has wrapped up for the US$1.4 billion multinational project to build a 30 metre telescope on Hawaii's Mauna Kea.

The mountain, Hawaii's highest peak, is already home to 13 telescopes making it one of the world's largest observatories.

But Pua Case, a spokesperson for Mauna Kea 'Ohana, said the mountain holds great spiritual significance for Native Hawaiians, and they will go to the US Supreme Court if the ruling goes against them

"We are no longer able to be manipulated, bullied, bribed, we cannot succumb to the little that they give you for scholarships or telling you that this is for economic gain," she said. "We must stand."

Pua Case said the group has opposed the construction of the 13 other telescopes on the mountain since 1968 and now they are saying no more.