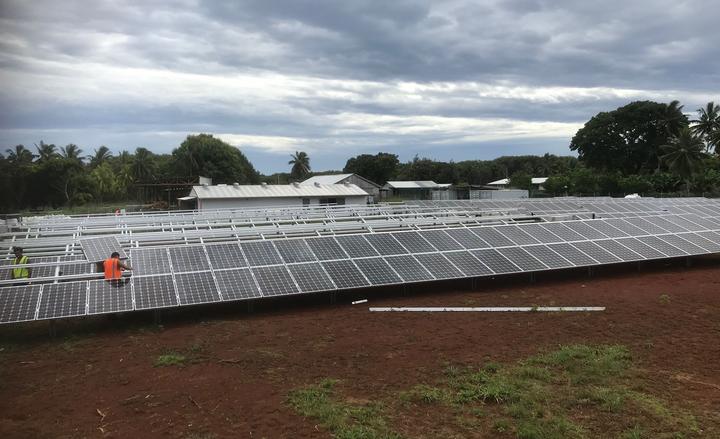 An Infratec solar plant in the Cook Islands. Photo: Infratec

Over the past two years Infratec has designed and delivered solar mini grids and new underground network distribution systems on Atiu, Mangaia, Mauke and Mitiaro.

The solar panels, which are backed by battery storage, will meet about 95 percent of the islands' energy needs, he said.

Previously the islands relied on diesel generators so the solar units mean savings of about 360,000 litres of diesel and 960 tonnes of CO2 emissions.