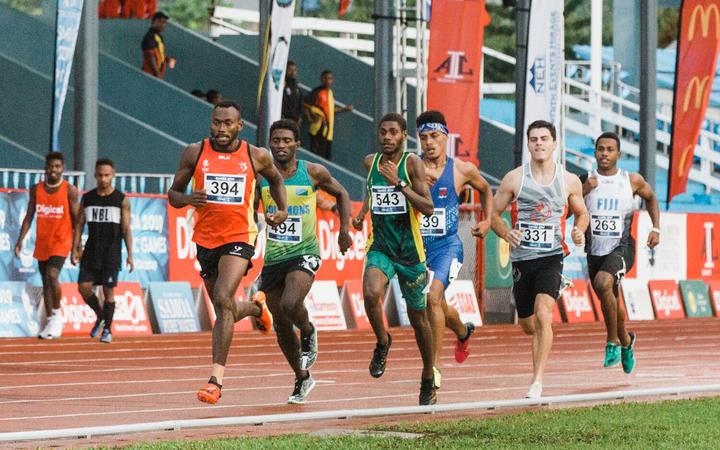 Papua New Guinea starred on the first night of athletics at the Pacific Games, winning six medals, including a clean sweep of the podium in the men's 3000m steeplechase. 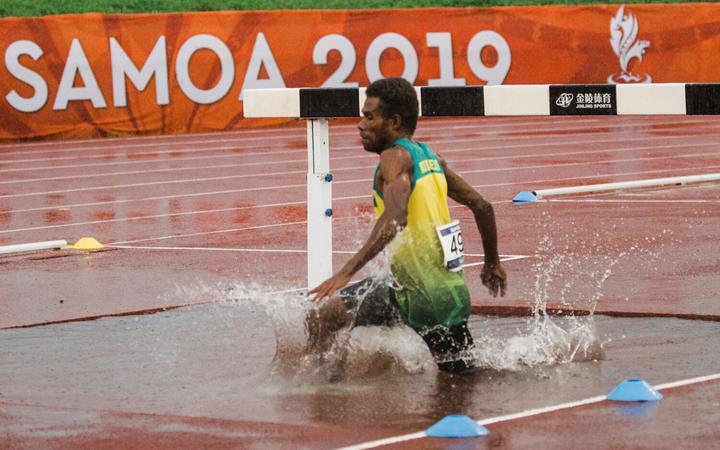 Heavy rain made it difficult out on the track. Photo: Pacific Games Service Trina Edwards

With the rain falling at Apia Park, Simbai said it was not easy for the runners out in the middle.

Team PNG also managed a 1-2 finish in the women's 5000m, with Poro Michlyn Gahekave finishing a whopping 47 seconds clear of Mary Tenge to claim the gold medal, while Lakona Gerega won bronze in the men's javelin. 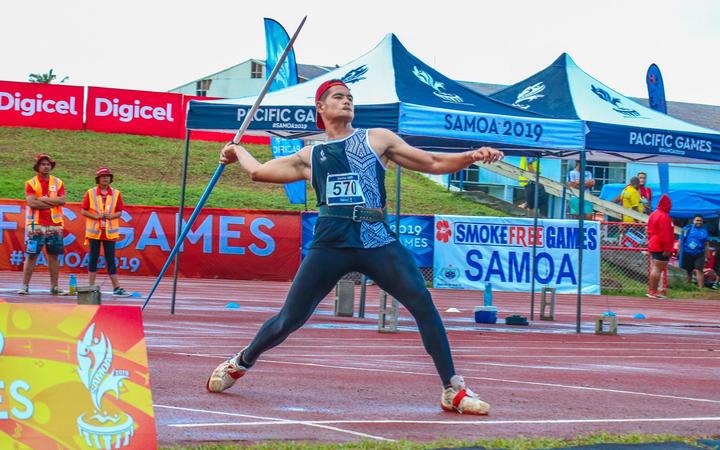 Wallis and Futuna have now medalled in javelin after Felise Vahai Sosaia won gold in the men's event in Apia.

The 20 year-old threw a personal best of 62.41m to win the French Territory's second gold medal of the 2019 Games.

He finished over nine metres clear of the other medallists from Samoa and PNG and his coach, Likuvalu Vakatai, said the victory was a happy surprise.

"Because he's very young. This gold medal is very lucky in this event today." 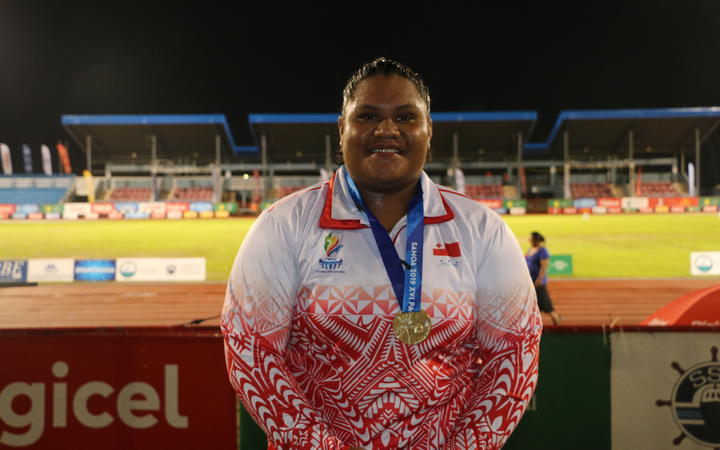 Meanwhile Tonga's Ata Tuutafaiva won gold in the women's shot put to improve upon her third place finish from four years ago.

The 20 year-old, who also won gold at the 2017 Mini Games, threw a new personal best of 16.61m, to finish almost three and a metres clear of her nearest rival.

"We nearly got 17 metres tonight - that's our target for tonight but earlier on was heavy rain so nearly three throws didn't count because of it. But lucky she managed to win the gold medal and do a PB of 16.61 so our target at the world champs in Tokyo is to make the final of the women's shot-put," he said.

Samoan sprinter Kelvin Masoe topped the charts in the men's 100m heats, drawing a huge roar from the home crowd as he clocked 10.70 seconds to beat Fiji's Tony Lemeki, who was the next fastest in 10.82 seconds. 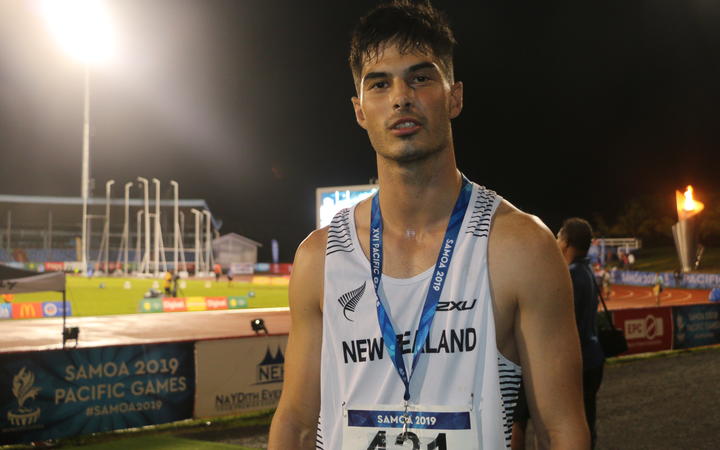 "That's pretty cool to be the first New Zealander and yeah my race went pretty well - I won- but it's just good to be back from injury...I pulled my hamstring at nationals a few months ago so just kind of coming back now."

The fastest man in the Pacific will be decided later today when the athletics programme resumes at Apia Park.