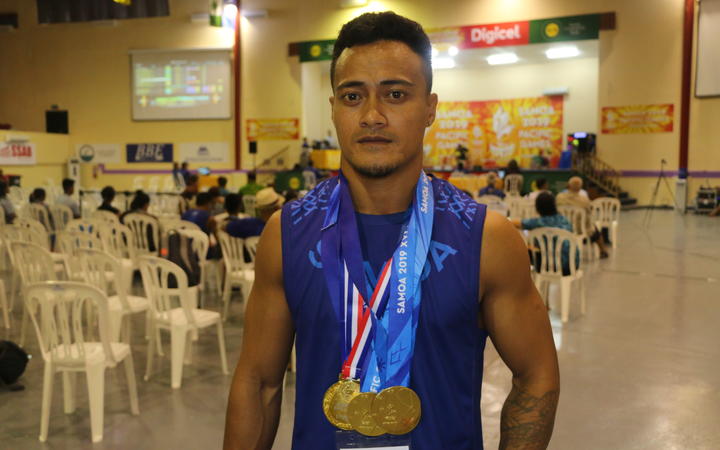 Competing in the men's 67kg division, Vaipava snatched 125kg and clean and jerked 164kg for a total lift of 289kg.

That earned him three gold medals in the Pacific Games, as well as gold in the Oceania and Commonwealth Championships, which are also being staged in Apia.

The 31 year-old Vaipava last competed on home soil 12 years ago, when Samoa last hosted the Pacific Games, and says it was emotional for him to have his family in the crowd supporting him.

"Forget about the Commonwealth, Oceania or the World Championship or Olympic Games but this Pacific Games is special to me because it's in front of my country, so I won't allow anyone to come and take places in this in my homeland," he said.

Vaipava is the first Pacific Island lifter to win gold in the Commonwealth Championships this week, and he did so by beating Welshman Gareth Evans, who topped the standings at last year's Commonwealth Games, where Vaipava finished fourth.

"I was planning to meet him in this event so I'm really happy that I saw him today and he's a strong man, he's a good man, humble, so I'm just happy that I (was) face to face with him again so I beat him today," he said. 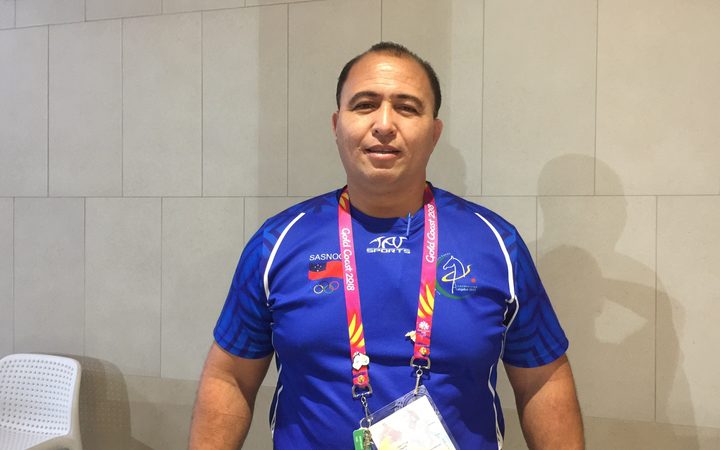 The President of the Samoa Weightlifting Federation, Jerry Wallwork, has coached lifters to medals at the Junior World Championships, the Commonwealth Games and the Olympics but said it's fantastic being able to compete in front of a home crowd.

"This facility alone, it's been quoted - not by me - by the President (of the International Weightlifting Federation), by many many others that this is one of the best weightlifting facilities in the world because it was made specifically for weightlifting. So to have an event like this right next door to us and in our own facility I think it's a great feeling. All we need now is more gold medals to add to the event," he said.

He said it's also great to have the some of the top lifters from Asia and the United Kingdom competing alongside the best in the Pacific.

"The Pacific Games alone is a great atmosphere but to have the Commonwealth as part of it it just lifts it to another level. When you see a Commonwealth gold medallist from last year and you saw a world youth record be broken today so it's an atmosphere that's really pushing the athletes to their maximum."