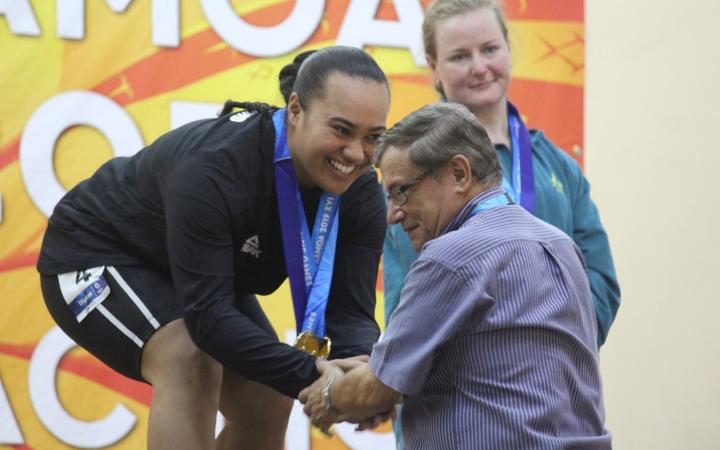 The Auckland teenager snatched 94kg and clean and jerked 112kg for a 206kg total, to win all three gold medals in the women's 76kg division.

It really does mean a lot because it just shows that all my hard work is paying off, at the end of the day, and I'm just very pleased with myself and all of my team members." 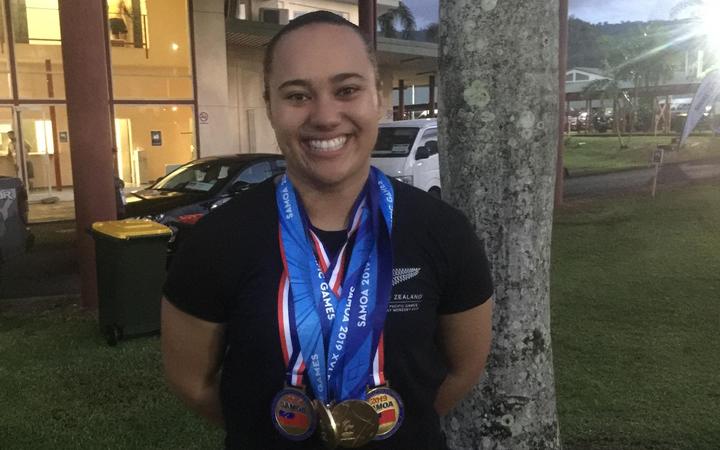 "I tried not to come in here with too many expectations other than trust my coach, listen to him and have a good time. To be fair I didn't hit the total that I did want by the end of the day but I'll take what I can from this whole experience."

The 18 year-old was a part of New Zealand's first Pacific Games team in Port Moresby four years ago and says its very cool to be invited back and a privilege to compete alongside the region's best in Samoa. 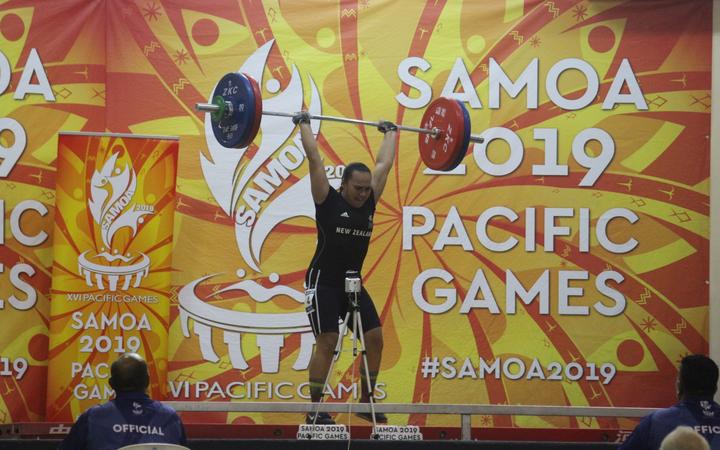 New Zealand Chef de Mission Kristy Hill said the whole team is extremely proud of both Andrews-Nahu and Bailey Rogers, who won two silver medals and a bronze in the Pacific Games and silver in the Oceania Senior Championships.

"Well Kanah certainly to get our first gold medals for the Pacific Games and win all those other medals that she won tonight. Both of them have really demonstrated what hard work the weightlifting team have done and we're really proud of all our Pacific Games athletes tonight," she said.

New Zealand have 50 athletes competing at the Pacific Games in five sports, with athletics and taekwondo scheduled to begin next week.