King Tupou VI was joined by Japan's Ambassador to Tonga at yesterday's ceremony. 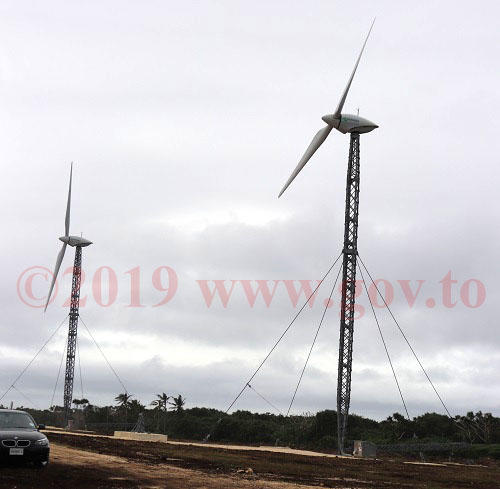 The government says the turbines will reduce Tonga's reliance on diesel and contribute to secure, affordable, and sustainable clean energy in the Kingdom.

A feature of the new turbines is they can be folded away in advance of bad weather to avoid damage from cyclones.