The iconic hairstyle of Fijian parliamentarian Lenora Qereqeretabua is on the line for a good cause. 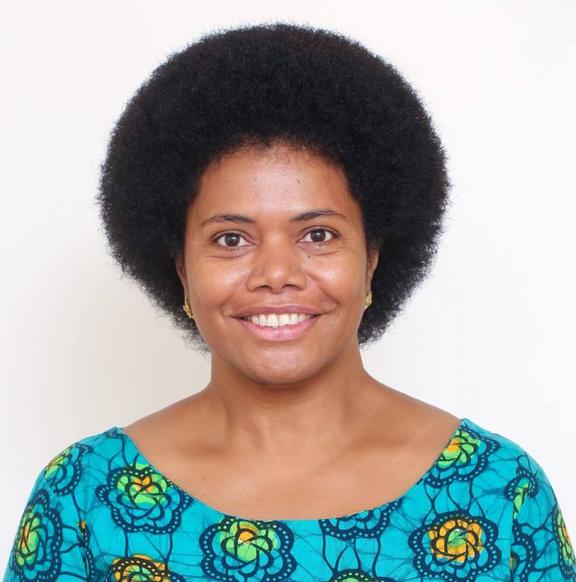 She has volunteered her buiniga (or traditional hairstyle for Fijian women) to raise funds for children with cancer as part of the Save or Shave (SOS) campaign in Fiji which ends in September.

Ms Qereqeretabua joined the fundraising drive to help public awareness and says many Fijians are not aware that more children are being diagnosed with cancer - "not only in Fiji but in the Pacific".

"I know that what we are used to is an ambassador setting a target and saying if I don't reach this target I will then shave my head. But what I'm wanting to do is to encourage those who would like me to shave my head to also put money towards this worthy cause. And encouraging people to clarify in the narrative line whether they want Lenora Shave or Lenora Save."

Lenora Qereqeretabua hopes to raise 100,000 Fijian dollars (US$46,000 US dollars) for the Walk on Walk Strong (WOWS) Kids Fiji.

The National Federation Party member said a GoFundMe page has been set up and there will be two buckets for donations.

"At the end of the campaign in September whichever bucket has the most money will seal 'my buiniga's fate'."

Ms Qereqeretabua said this is not the first time she has put her buiniga on the block.

"I went up on stage one night during the Fiji Fashion event at Denarau in Nadi some years back and offered to have my hair cut for some thousands of dollars.

"It was saved by a very kind company director."

Ms Qereqeretabua said people have talents and gifts, and resources they can use to help those less fortunate.

"People think my hair is an icon. Fantastic. Let's put it on the block and let's raise some money for kids suffering from cancer and their families," she said.

WOWS Kids Fiji team leader Viola Lesi said the Save or Shave campaign is one of their biggest fundraising events.

Ms Lesi said the fate of Ms Qereqeretabua's hair lay in the hands of the donors.

She said they are grateful the MP has offered her hair to help children with cancer.

"Lenora is well-known for her buiniga and everyone knows her for that."

Ms Qereqeretabua is a former broadcaster and hosted one of the longest running regional tv shows The Pacific Way.