Papua New Guinea's prime minister, James Marape, has delivered a rousing speech to athletes preparing to depart for the Pacific Games in Samoa urging them to show they are country to beat.

PNG go into the games as defending champions having led the medal tally when they hosted the last Pacific Games in Port Moresby in 2015.

Mr Marape acknowledged the many struggles the country's athletes had overcome just to make it to the games calling them the unsung heroes of PNG.

"Just go and do well, fly the flag of your country, your country is behind you, you will be uniting a nation of a thousand tribes," Mr Marape said.

"Use this moment and continue to make your mark in the South Pacific region. They know you are big brothers and sisters coming, do your best and show them you really big brother and big sister out there. Em oraet ah, thank you tumas. Love you all." 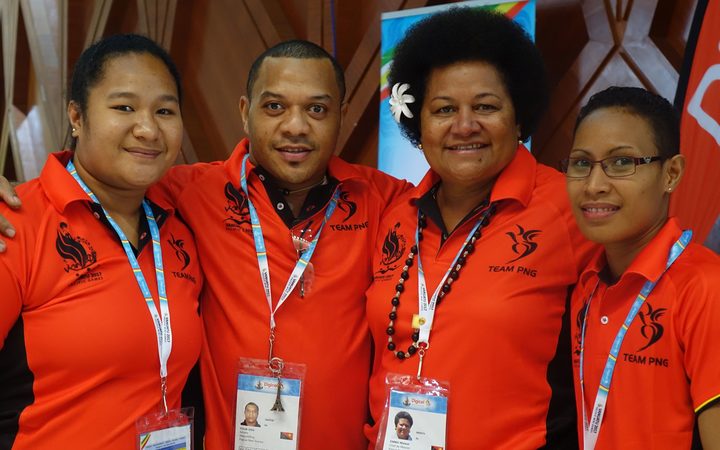 Also speaking at the team's farewell this week Team PNG chef de mission, Emma Waiwai, said PNG will be participating in all events except for women's volleyball, men's va'a and men's rugby sevens.

"These 363 athletes are games ready our goal is to win the games on foreign soil and this task is certainly not an impossible one for us," Emma Waiwai said.

Ms Waiwai encouraged athletes to continue believing in themselves and to give it there all at the games.

"Trust in yourself is what has got you to this very point and now let us take it all the way to that podium finish. Never give up stay focussed and know that all of PNG is behind you."