Papua New Guinea international Xavier Coates has been named to make his NRL debut for the Brisbane Broncos this weekend.

The 18-year-old centre, who will start on the wing against Cronulla on Sunday afternoon after travelling to Newcastle last week as 18th man, has also signed an upgraded deal that will see him contracted to the Broncos until the end of 2021.

Coates produced a man of the match performance for Queensland Under 18s last month in a 34-12 win over New South Wales, before making his international debut for the PNG Kumuls in their Pacific Test Invitational defeat by Toa Samoa.

Broncos coach Anthony Seibold said: "Xavier is a really talented young man and it's great to have his future secured here at the Broncos.

"He's a young player with a heap of potential and we are looking forward to working with him to help him grow as a player both on and off the field."

"He's a really talented player, he's a really good kid," he said. "We've had him in our system for a number of years...as soon as we got into camp in Sydney we saw how he trained and he competed in everything that we did.

"For him to make his NRL debut this weekend it's a great achievement for him and his family. Everyone in PNG will probably be watching the Broncos play this season." 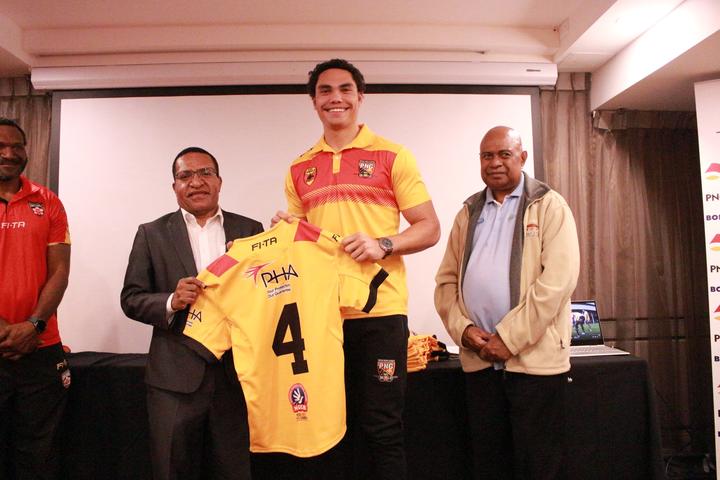 It's been a good week for young Pacific stars, with Fiji playmaker Brandon Wakeham also making his NRL debut for the Canterbury Bulldogs against Cronulla last weekend.

The 20 year old, who starred on debut for the Bati in their win over Lebanon last month, came off the interchange bench after being called in as a late replacement off for PNG international Rhyse Martin, who has since been released by the club and signed for English Super League giants Leeds Rhinos.

Brandon Wakeham is on a high after starting out his NRL career with a win.#NRLBulldogsSharks#proudtobeabulldog pic.twitter.com/9opiMy5g9A