Tuvalu's Prime Minister, Enele Sopoaga, has held talks in the United Arab Emirates on expanding ties between the two countries. 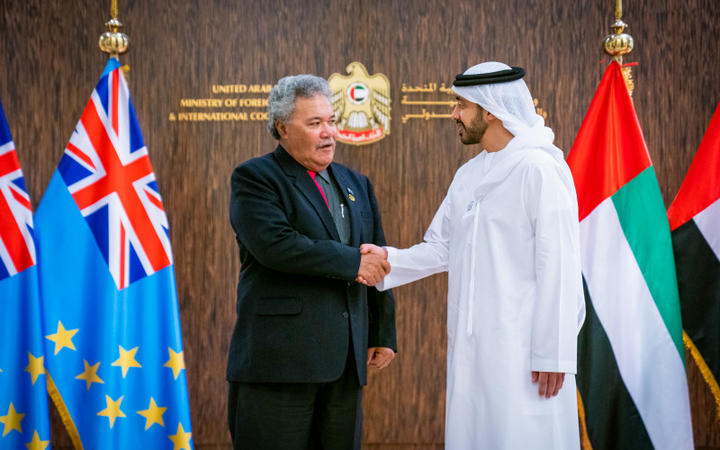 According to the Emirates official news agency, they discussed economic, investment and renewable energy cooperation.

Sheikh Abdullah stressed his desire to develop cooperation and open wider horizons of cooperation between the UAE and Tuvalu, as well as other Pacific Island countries.

Mr Sopoaga thanked the UAE for the support given to development projects in Tuvalu.

Tuvalu's prime minister has recently been critical of oil-producing countries in relation to efforts to respond to the global climate crisis.