Fiji's Ministry of Agriculture has captured more than 40 dogs in the first few days of a two month campaign to reduce the number of strays on the streets. 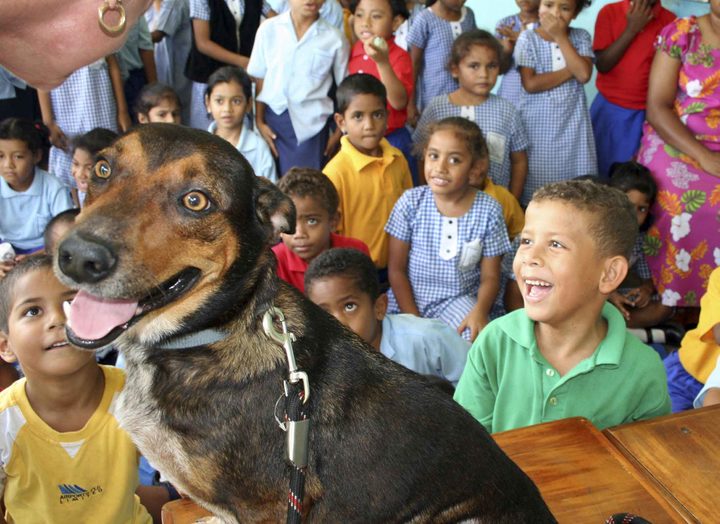 : Children at a primary school in Fiji learn about animal welfare, particularly stray dogs. Here the children are allowed to examine a dog as part of their lesson. Photo: Supplied

The campaign follows a number of complaints about dogs attacking people and being a general nuisance.

The ministry said responsible pet ownership was the key to solving the problem.

The ministry is working with veterinarians, animal protection groups and police to address the problem with the goal of re-homing the strays.

However, if dogs are unsuitable for adoption or shelter space begins to run out then the animals will be euthanised.