Tahiti maintained their unbeaten record at the OFC Beach Soccer Nations Cup with a crushing 10-0 victory over New Caledonia in their final round-robin clash. 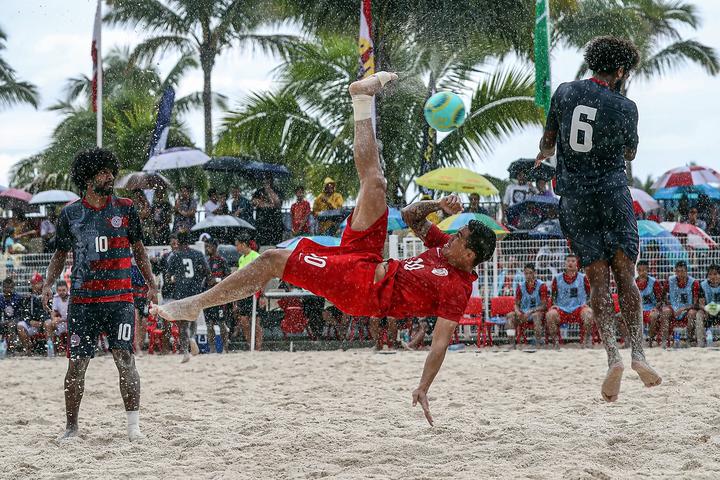 The hosts will face Solomon Islands in the regional final on Saturday local time, with the winner advancing to the World Cup in Paraguay later this year. 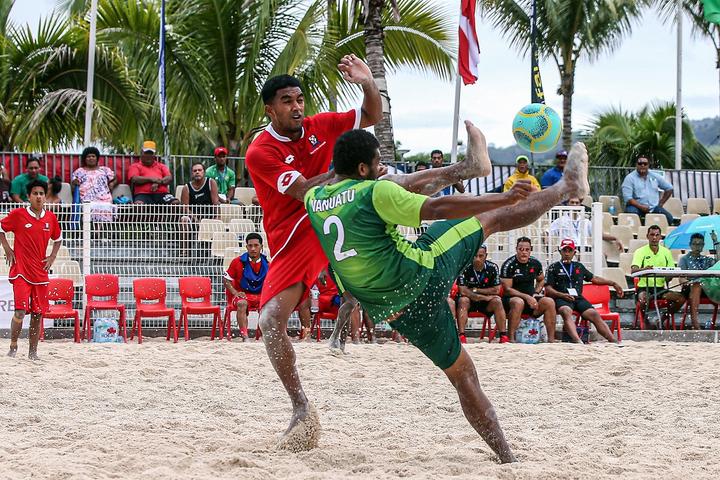 Vanuatu proved too strong for Tonga. Photo: OFC via Phototek

Vanuatu will face New Caledonia in the play-off for third place prior to the title decider.

And while the Tau Tahi finished winless in their debut appearance in a beach soccer tournament a big cheer was reserved for the final moments when 16 year old Sione Tutone scored the final goal of the match.