A new-look Papua New Guinea Orchids rugby league team will take to the field on Saturday in the first women's international to be played as part of the Pacific Invitational Test.

Five players will be making their representative debut against the Fiji Bulikula, while 13 players, including nine starters, will earn their first test cap for the Orchids. 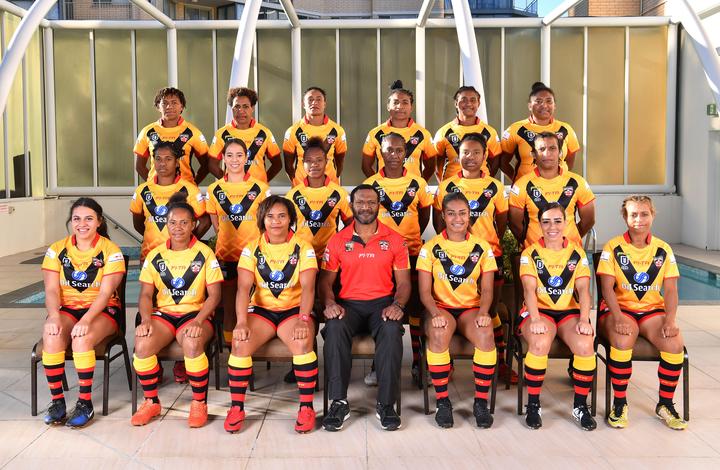 NRL Women's Premiership winner Amelia Kuk will captain her country for the first time against a Fiji team who will be playing in their first ever international match.

Head coach Nigel Hukula, who is also a new face to the Orchids set-up, said it's exciting to new talent coming through.

"We've probably turned over a few girls since (the World Cup in) 17 and we've got a couple still around in Carol (Humeu) and Amelia (Kuk), who it's good to keep them about in the squad and they're playing good football at the moment," he said.

"Off the back of that we'd like to progress the game with a young crop of girls through our development pathways back home and also keeping an eye out for girls with Papua New Guinean heritage throughout Australia and New Zealand who would love to be part of our programme."

The Orchids have not played an official test match since the 2017 World Cup but Nigel Hukula said the women's game in PNG continues to expand at a rapid rate.

"The growth of the women's it's been phenomenal since the 2017 World Cup - I think it's almost five/six fold: it's gone from a couple of thousand to almost three to five thousand registered players over the last two and a half years as well as the schools programme, which is catering for an under 18 girls competition as well and hopefully we'll get down to the 16s and 14s."

Papua New Guinea made their women's international debut less than two years ago and Nigel Hukula said it's great for the Orchids to now play against a Fiji team taking the same step.

"I understand a few, a lot more of them are from the New South Wales/Queensland Cup (women's competitions) and a few players with sevens (rugby) backgrounds etc, and of course they've got (Bulikula coach Adrian) Vowles, who's had previous experience coaching the Queensland women's side and the Jillaroos so...any competition with rivalry, if that's a word to put forward now, over the next couple of years between the Pacific teams to strengthen the code will be beneficial for the game," he said

The Fiji women's coach Adrian Vowles admits Papua New Guinea will provide a stern test but is confident the Bulikula will prove competitive.

"They played Australia, played in the World Cup - they also played the Broncos last year as well. They've got a number of new players in their squad that didn't play in any of those fixtures so that bodes well for us I guess but it's a great test. It will just see where we are in terms of our footy and PNG will certainly be a great test."

"It might sound a bit cliched but I'm not so much about the result but I just want us really gelling as a team. I think if we gel as a team we've got enough talent there across the park in that squad to get a good result and I think the result will take care of itself," he said. 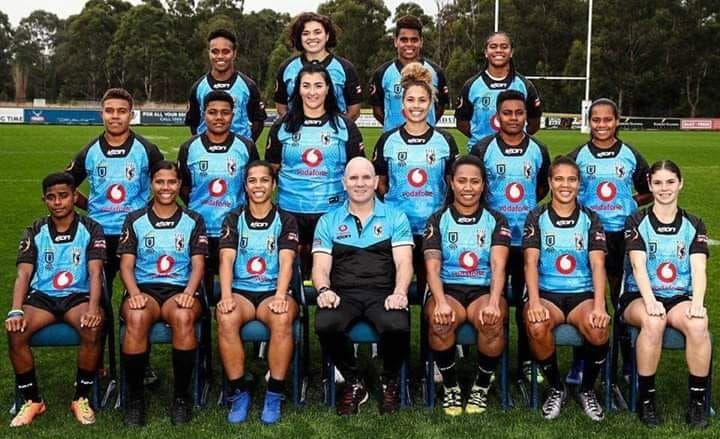 Souths Logan hooker Therese Aiton is one of four Australian-based players in the Papua New Guinea team and will make her test debut on Saturday.

The mother of two returned to rugby league at the end of last season, after almost a decade away from the game, and is grateful to be involved with the Orchids side.

"It wasn't until the end of last year when I heard about PNG coming to Australia that I thought I'd put my hand up to have a crack and I played with them last year against Australia and then against Broncos," she said.

"That was a good stepping stone for me to show what I can do I guess and then getting a call-up to come back and play for them against Fiji it's been a pretty cool journey and it's awesome to be a part of."

Therese Aiton is the younger sister of former Kumuls hooker Paul Aiton and said it would be a special moment for the entire family when she takes the field against Fiji.

"My mum, I know especially, and my dad are very proud and my brother. I've had a few text messages from him - he's pretty happy to see me representing my country too and he knows that feeling of putting on that jersey and the emotions that come with it - so for me to be a part of it yeah it's pretty big for my family," she said.

Today's match at Leichhardt Oval marks the first time a women's international has been included as part of the Pacific Test programme, and will kick off just minutes after Fetu Samoa take to the field in their first test for eight years against the Kiwi Ferns.

Therese Aiton said more test matches can only be a good thing for the women's game.

"The progression in the women so far, even from the last camp that I've been in, is astounding. I am blown away with the level of fitness, the skill and it's amazing what these test matches have done for the PNG Orchids and will continue to do until we get to the World Cup in two years time."

Therese Aiton said she's played against a few of the Fiji players in the Queensland club competition but is confident the Orchids have enough quality in their team to come out with a win.