It's become known as the sea of red, and the tide is back at Mt Smart tonight as fans flock to watch Mate Ma'a Tonga take on the Kiwis. 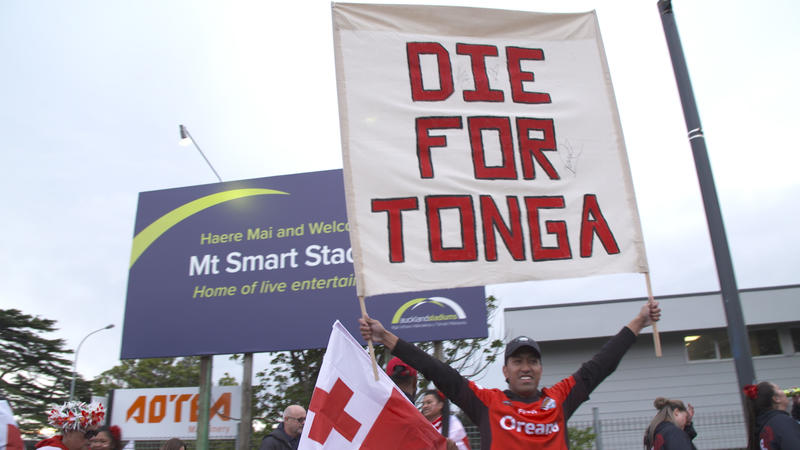 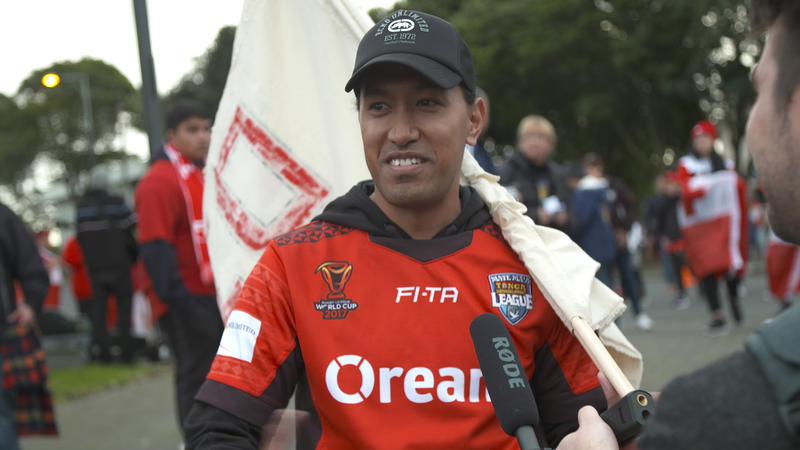 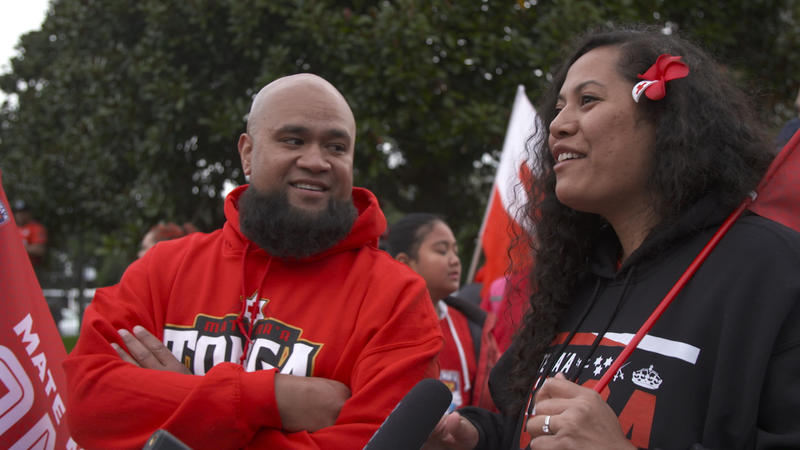 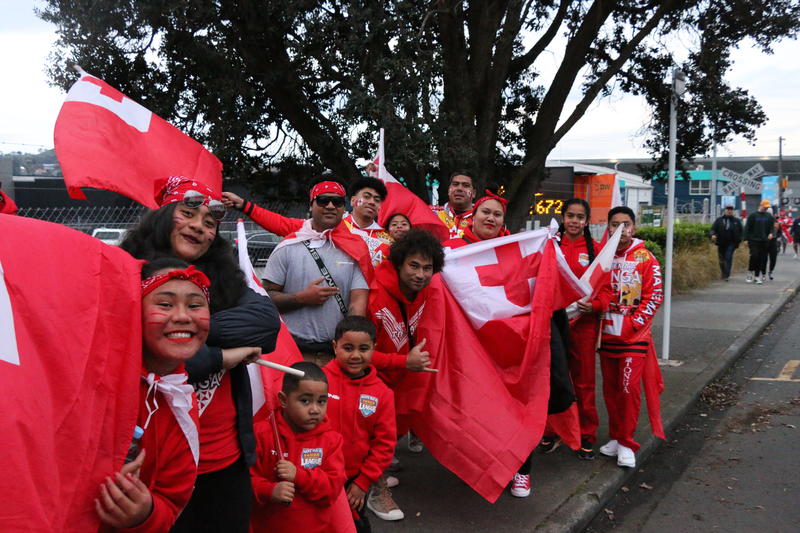 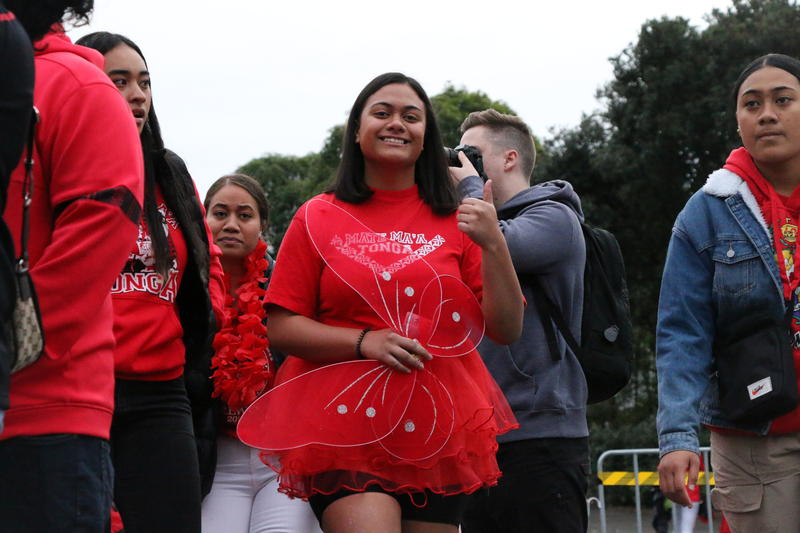 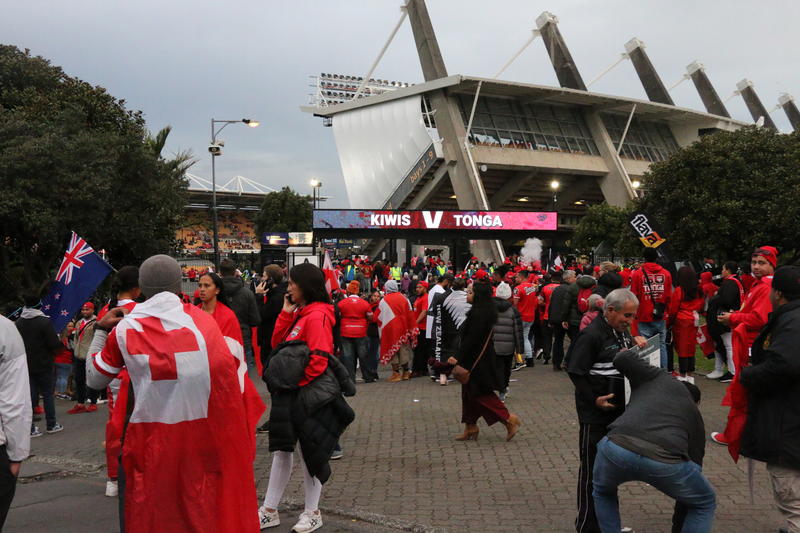 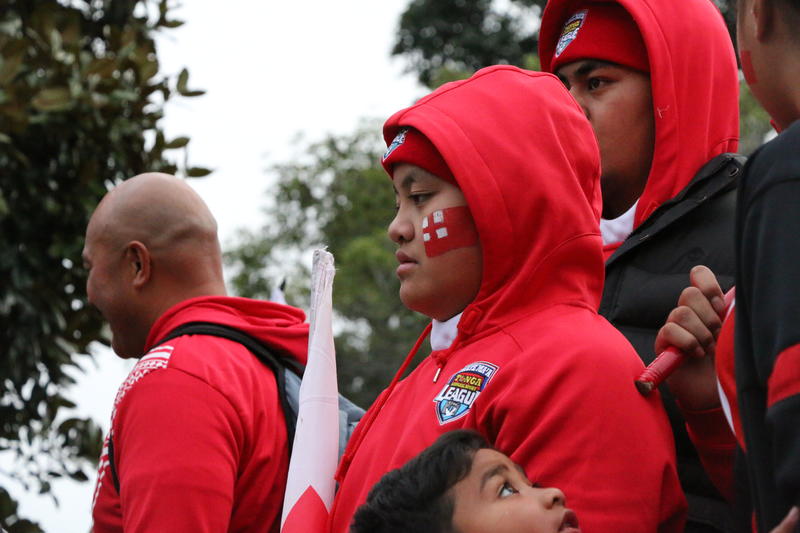 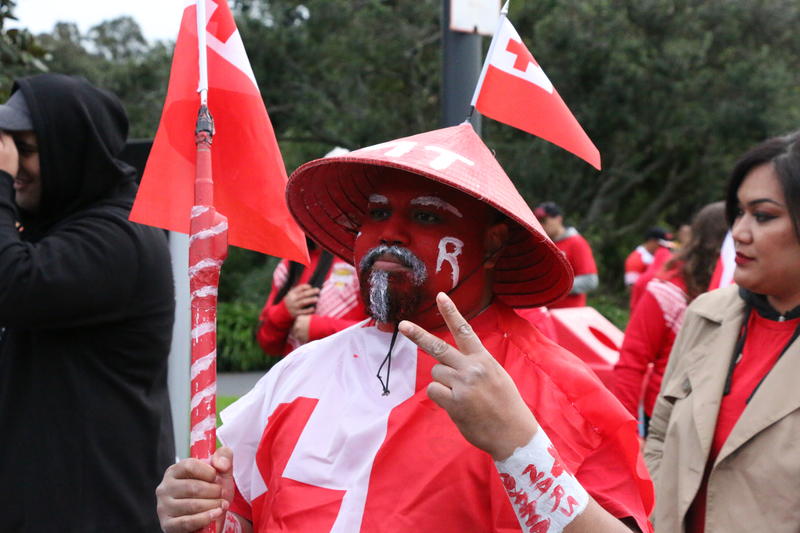 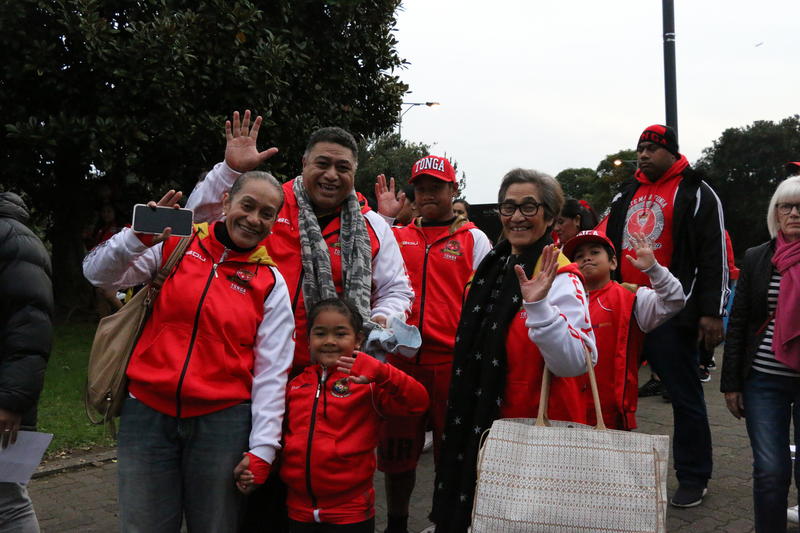 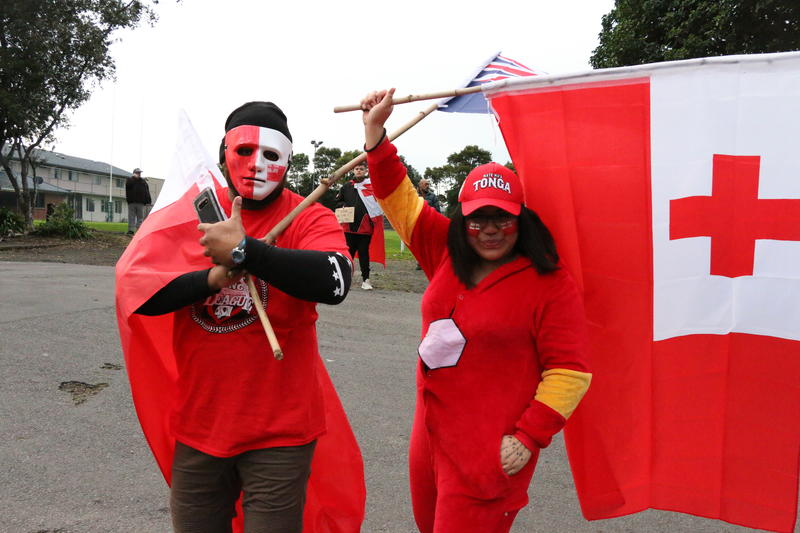 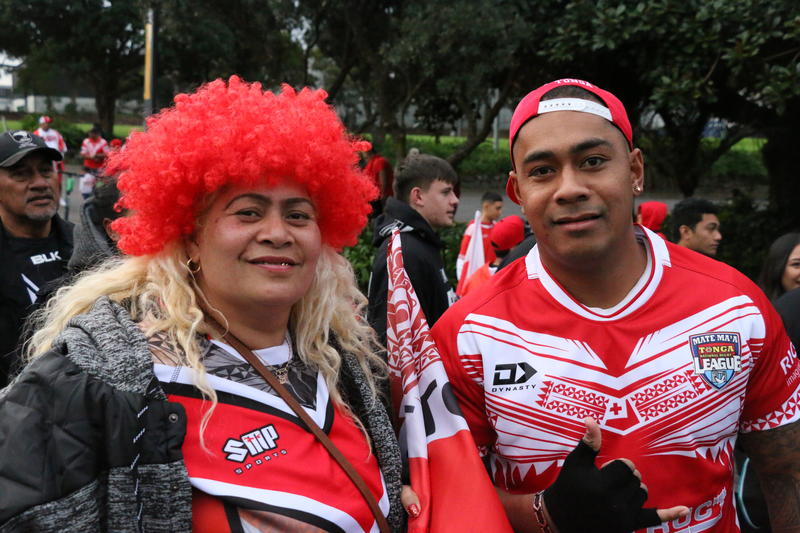 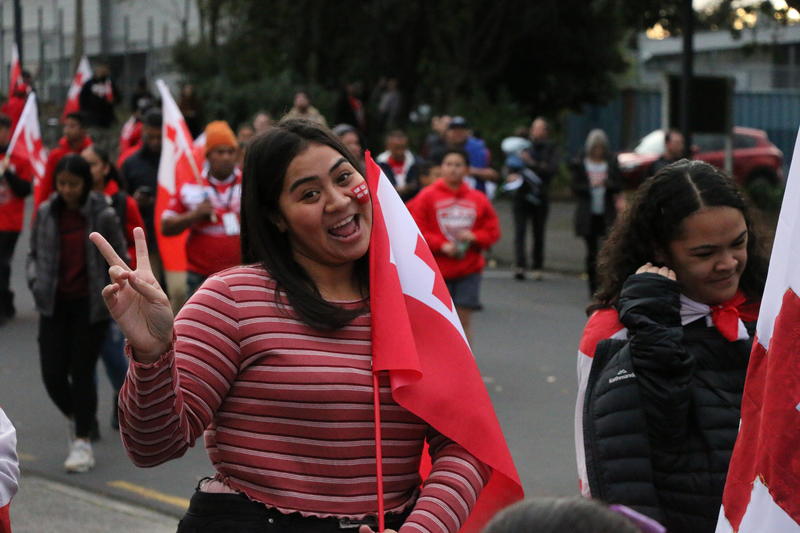 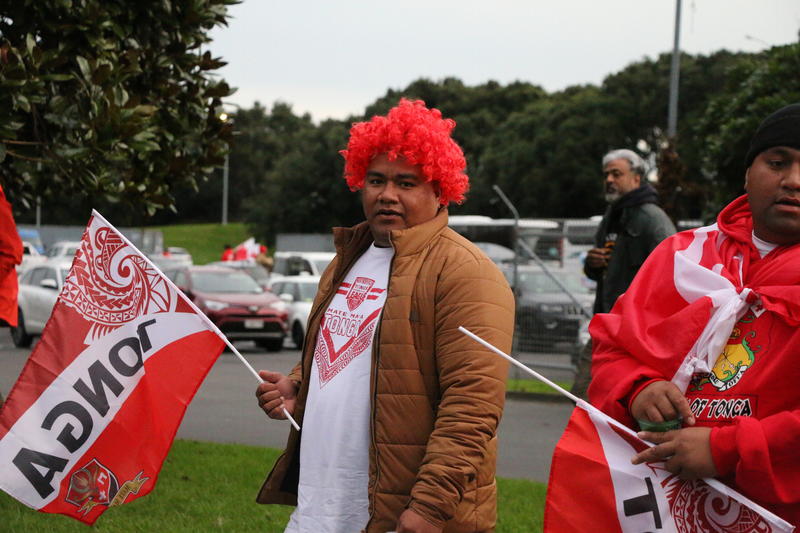 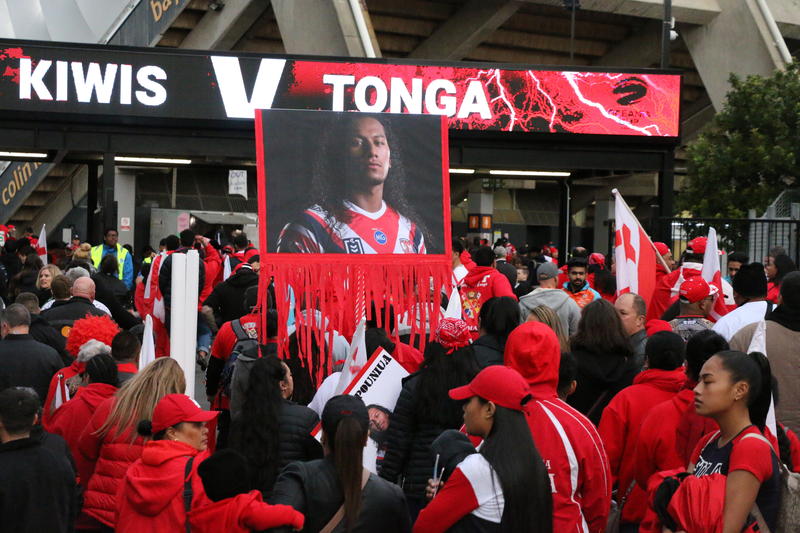 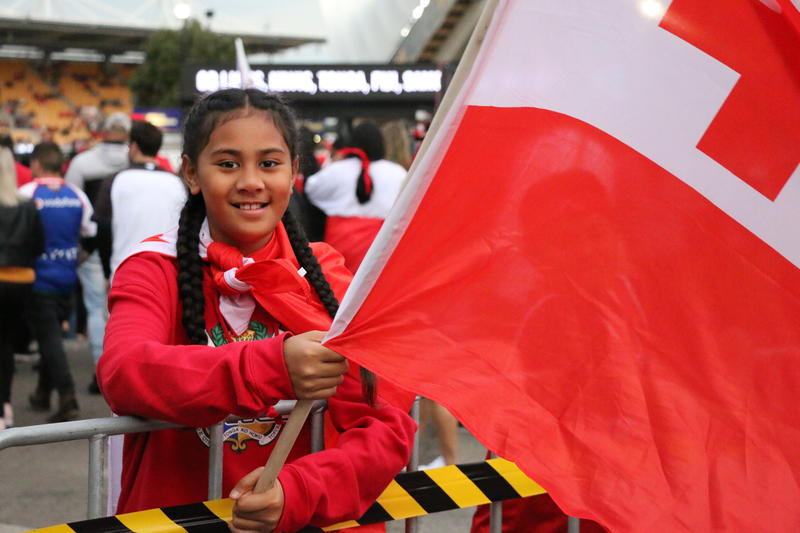 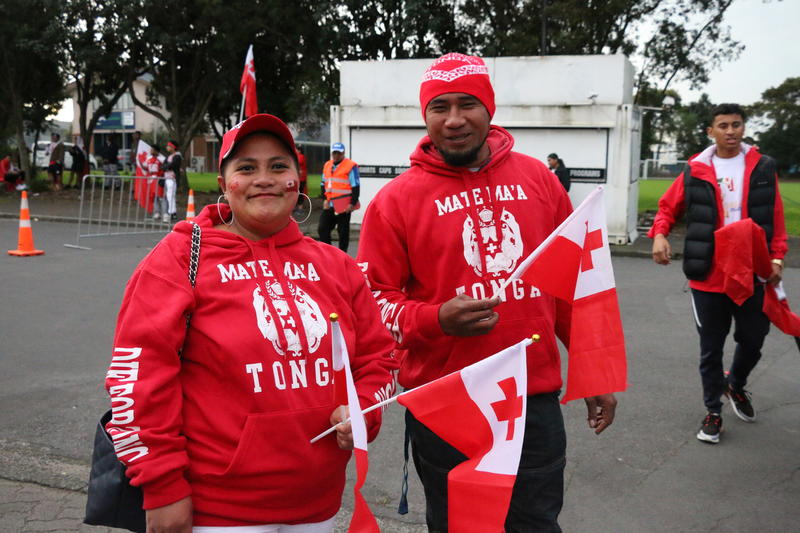 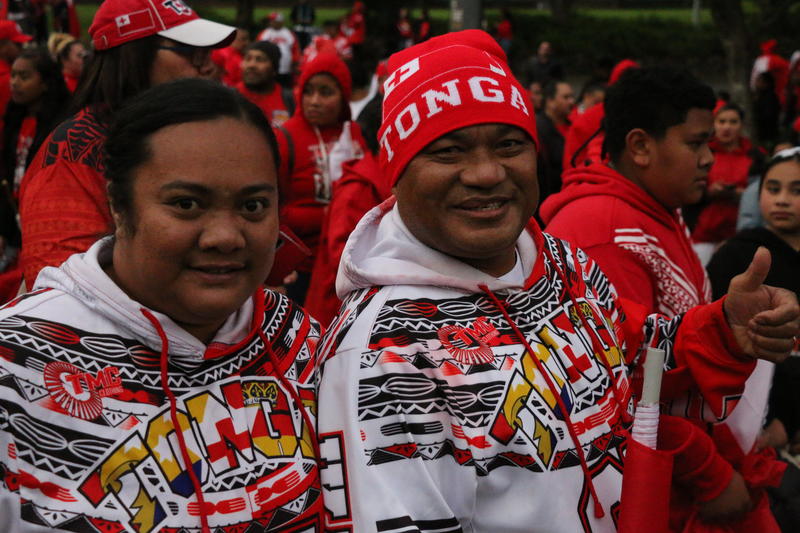 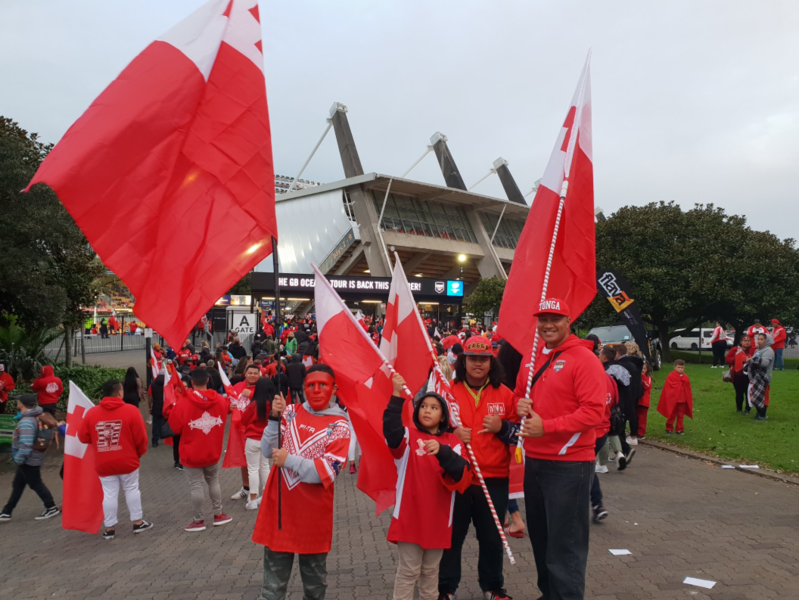 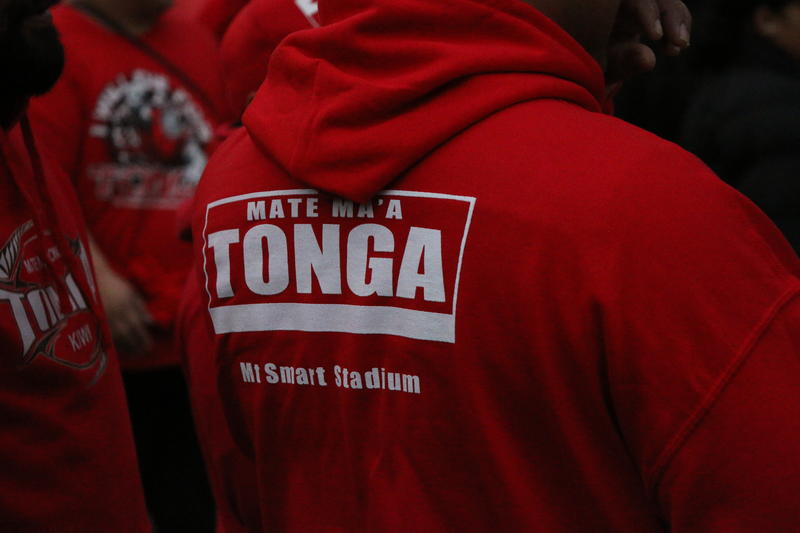 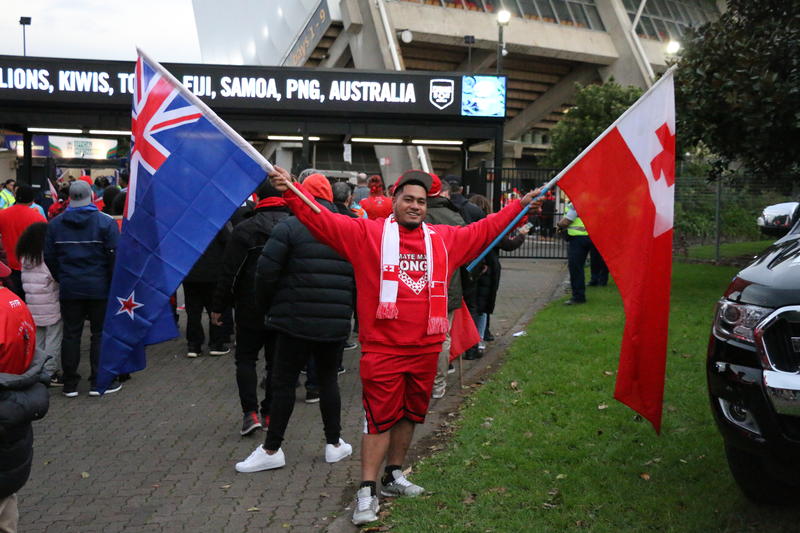 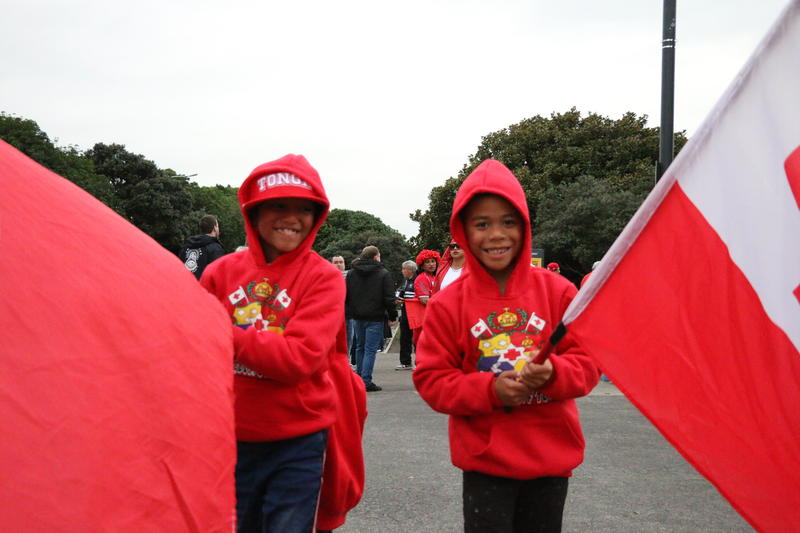 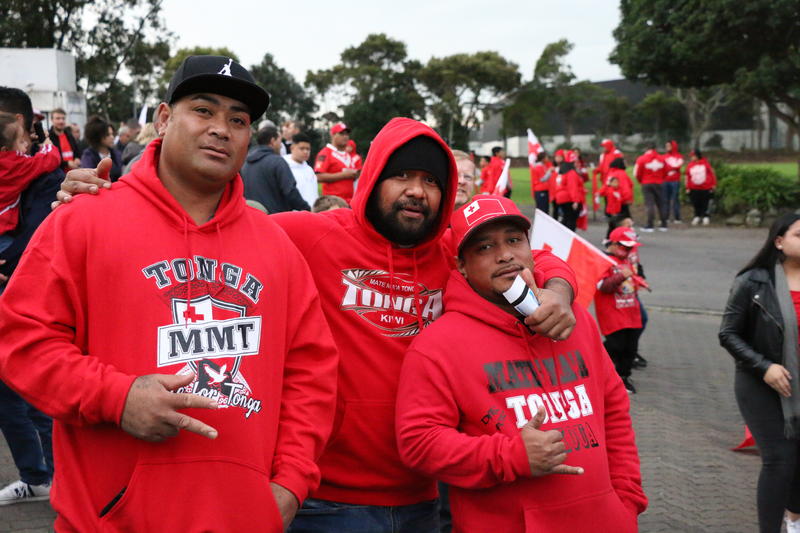 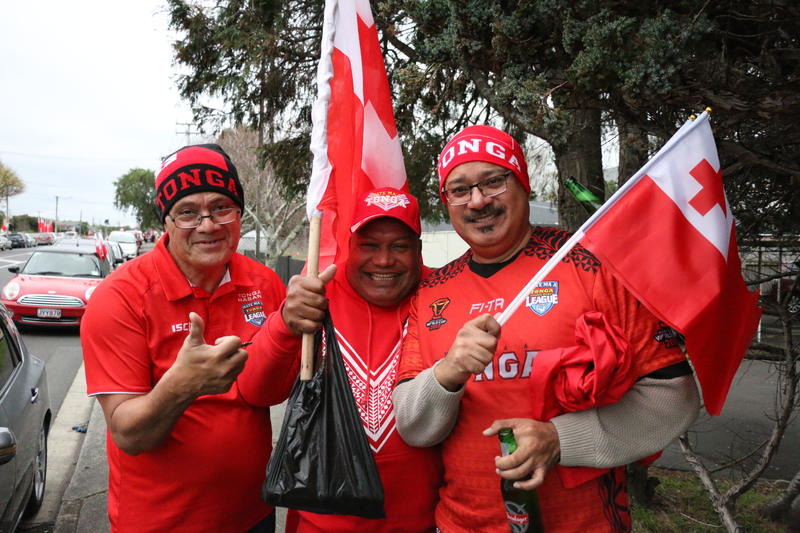 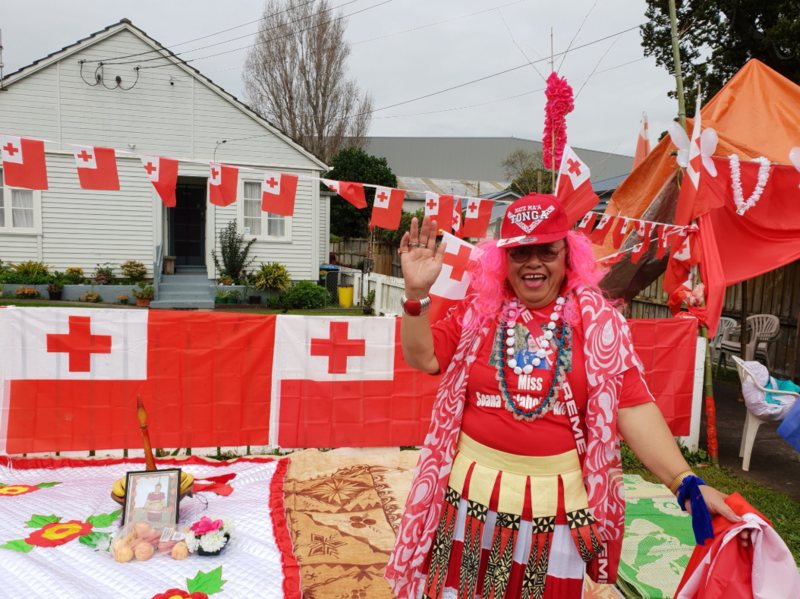 The Kiwi's coach has compared the clash to Australia's 'State of Origin' with the now infamous passion of Tonga's supporters expected to drown out any potential 'home' advantage.

The team's hugely successful Rugby League World Cup campaign in 2017 exposed many to the Pacific nation's pride for their team and country. Supporters dominated stadiums and red and white flags coloured neighbourhoods.

Over the past few weeks cars adorned with Tongan flags have reappeared on the Auckland's streets.

After reverting to their original almost flagless state after the World Cup houses on Rockfield Road, a few blocks from the stadium, are once again barely visible through a coating of red and white.

Nancy Ahau was up at 2am to finish decorating her Rockfield Road home with Tongan flags...she does it every game! @radionz pic.twitter.com/4XOx67KURh

Nancy Ahau decorated her home every time Tonga plays and this time was no exception. She was up at 2am finishing it off.

"When they look at the supporters singing over there it's a mean power for the Tongan MMT to play, more power, to go for the win," she said.

"We decorate in support of our team and our King. That's what MMT wants from a supporter; your heart, your flags on your car and your home."

Sione Ika flew in from Sydney for the game.

"It means so much because they're representing our country. These guys have done so much, even though it's just an 80-minute game, it's a big thing for us, for our nation. All our supporters here to support our team really helps our nation move forward, get everyone knowing us."

A big fan of rugby league, he said he usually supported the Manly Sea Eagles in the NRL and didn't miss a Tonga game.

"At the end of the day it's for the love, for the national pride."

Hung over his shoulder was his contribution to the sea of red; a large canvas banner.

"It says Die For Tonga, it's just the English translation of Mate Ma'a Tonga. I've had this since 2014, I've taken it with me everywhere. It's like my baby every time I come and see the boys play.

"I think we're the underdogs but with our backup I think it'll be a close game...a one pointer."

The last wave was fairly recent, memories of Tonga's clash against Australia in front of a sold out Mt Smart stadium in October are still fresh.

The world number one ranked Australia won the game 34-16, however Tongan supporters are hopeful their side can repeat their World Cup upset of the Kiwis. It's the first time the two nations have played each other since then.

As thousands entered the stadium, Kiwi supporters Lucy and Mark Taylor said being surrounded by red was a good thing.

"It's love for the support."

They travelled from Waikato for every game, including for the Warriors, and estimated they'd only missed 2 games in the last 8 years.

"It's a home game for Tonga," Mark joked.

Tongan Charlie Mahe was one of thousands carrying a Tongan flag, but also he also had a New Zealand one.

His friend, Gabby Toleatoa, was covered in red, and while she was Samoan she wanted to support her Tongan friend and boyfriend.

"We live in New Zealand and they migrated over here so that makes it even cooler that they're versing each other."

Latu Pasa was going to the game with his two sons and a friend carrying giant flags on 3m-long poles.

"I was born in New Zealand but we love our heritage as well. It's around unity and it's a big community. It makes you proud to be Tongan."