French Polynesia's political leaders have been received at the Elysee Palace by a top advisor Stanislas Cazelles to prepare next month's promulgation of its revised autonomy statute by the French president Emmanuel Macron. 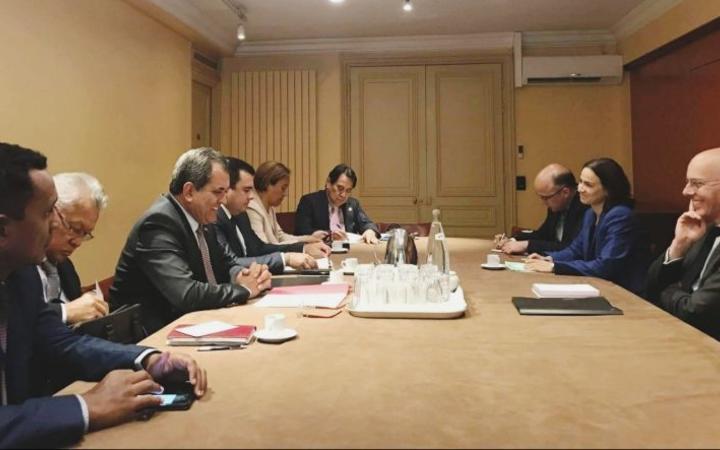 The French Polynesian president Edouard Fritch, the vice-president Teva Rohfritsch and the president of the territorial assembly Gaston Tong Sang have been in Paris for a range of meetings.

The talks at the Elysee Palace also raised Mr Macron's planned visit to French Polynesia although no date has been confirmed.

Mr Cazelles had earlier said he would be making several preparatory trips to Tahiti before the presidential visit in late 2019.