The Pacific Ballot - Ticket to a new life

Thousands of Pacific Islanders - including a quarter of Samoa’s population - are hoping for a new life through the annual visa lotteries. They are ready to wrench themselves from home for a New Zealand residence visa. But is the better life the ballot promises a reality? 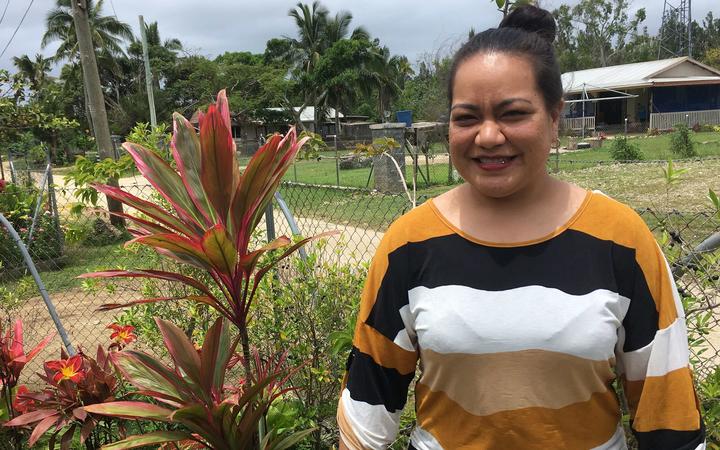 Listen to the full documentary: Ticket to a new life

On the edge of the Tongan capital, Nuku'alofa, is a house surrounded by the bright-leaved plants of the Pacific, with a sow and piglets out the back and chickens wandering everywhere.

This is the house Maxine lives in with her brothers and sisters - the house she calls home. In just a few months, though, she plans to leave for New Zealand, as one of 650 people from Tonga, Fiji, Kiribati and Tuvalu granted the opportunity to get a New Zealand residence visa each year through the Pacific Access ballot. 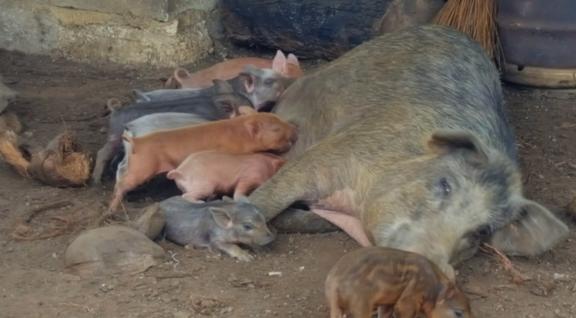 Sow and piglets out the back of Maxine's home Photo: RNZ Insight / Philippa Tolley

She and three of her brothers had unsuccessfully entered the ballot once before. Not giving up, they all put their names in again and this time last year, Maxine got a call at work.

"She said, 'You are one of the lucky [ones] that got picked this year.' In that moment I was crying and I think it was a blessing for me and my family, because I used to pray for that."

The Pacific Access ballot recognises the special relationship between New Zealand and its Pacific neighbours. Rather than draining the region of its most skilled people by setting qualification criteria, this scheme works on chance: anyone between the ages of 18 and 45 can put their name in and hope they are drawn.

There are opportunities for 250 Tongans (like Maxine), 250 people from Fiji, 75 from Tuvalu and 75 from Kiribati. A separate Samoa Quota provides an opportunity for 1100 people to move to New Zealand. The numbers include family - so one applicant with a family of six uses up six places.

Every year the ballots, or "lulu" as it is known in Tonga, are hugely oversubscribed. This year there were 17,000 applications from Samoa, representing 43,000 people - nearly a quarter of the Pacific nation’s entire population. The much smaller nation of Tuvalu also put in its highest number of applicants since 2014. 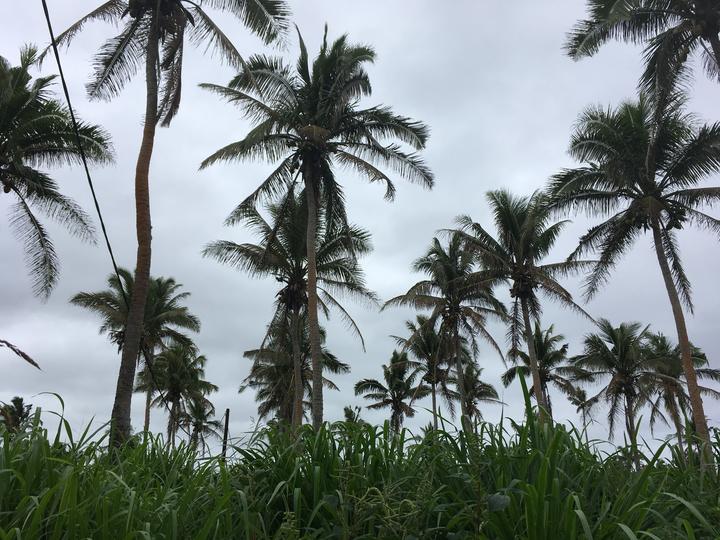 All around the Pacific, the reasons people give for wanting to wrench themselves from their family and culture are the same: a better job, a better education, a better health system and - time and time again - a better life for their children.

It was no different for Maxine, though the decision wasn't easy. "I used to prefer staying here because I've got a job and plus I'm staying with my family and I keep saying, ‘I have a job here and I can provide for us, so there's no need for me to migrate because I don't want to leave you guys behind.’" 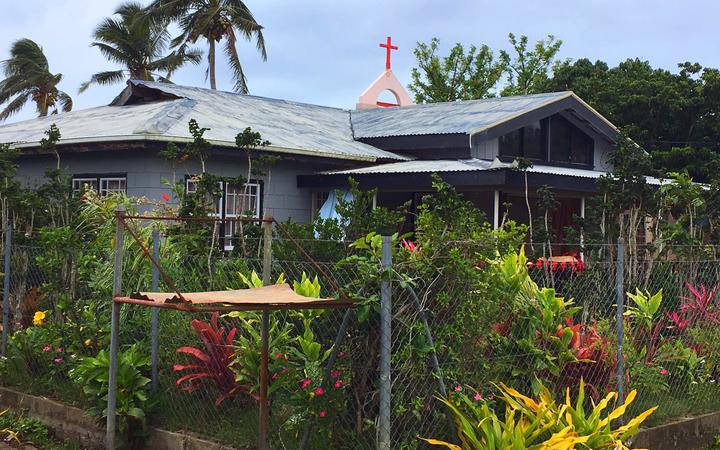 Her heart was in Tonga, but the hard word to look to the future came from her father. "My dad told me that there's no need for you to stay in a comfort zone forever - it's about time for us to move on and get our life."

But immigration advisers and New Zealand politicians say those hoping for a new life through the scheme can be left bruised by the experience. Overcoming the odds in the ballot is just the start of the journey - applicants then have nine months to find a job that pays enough to support them and their family, if they have one. They need to speak good English and there are police and health checks that all come with a fee.

While the ballot is equally available for all, an immigration advisor based in Nuku'alofa, Mary Nau, says trying to secure that all-important job is really hard for successful applicants to do from their home nation. Employers used to travel to Tonga but that's tailed off and she believes many became disillusioned with the scheme when the staff they'd employed struggled with a more structured life and left their jobs. 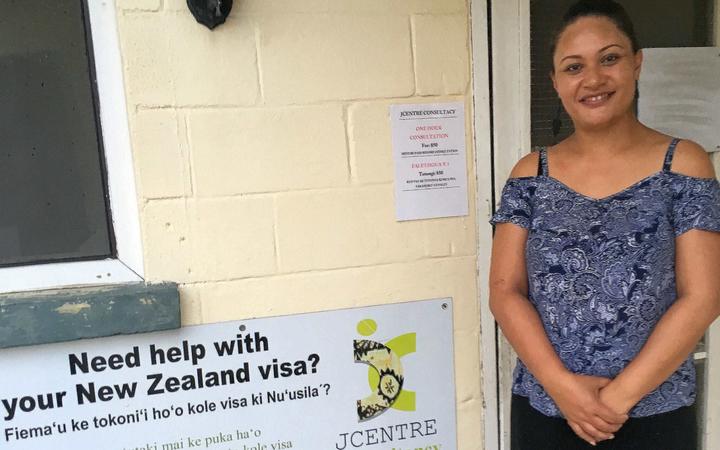 Ms Nau values family and the pace of life in Tonga over the economic rewards of living overseas, but has found it hard to convince others to come home, even though they might be struggling in New Zealand.

She would like the ballot system changed to offer more support. "Monitor those who are going to ensure that they succeed. There are people, I believe, that are struggling at the moment even after decades of living in New Zealand and the difficult thing is … [to] convince them that perhaps New Zealand is not the place for you, perhaps Tonga would be a better suit for you and your family.

Maxine knows it will be difficult to turn the visa opportunity into a new life in New Zealand. She has put the word out among family already living in New Zealand to see if they can find her a job, but she realises she also has to have a "plan B". Moving from Tonga will be challenging, she says. The environment will be different and she expects to not only look after herself, but relatives in New Zealand and her family back in Nuku'alofa. "If I get a job then I'll try to arrange for my weekly pay, I can arrange to send around NZ$200 to one of my parent’s accounts just to support them. And I have to  try to save up money in New Zealand just for an emergency."

Maxine already has a job in Nuku'alofa in the Ministry of Finance, but her optimistic view of how well things might go in New Zealand and much spare money she may have to support the wider family, give a glimpse into how things can easily go wrong.

New Zealand’s Pacific Peoples minister, Aupito William Sio, says the current system creates opportunities for bogus job offers and for people to spend a great deal of money to secure work, only to arrive here to find the job isn't what they expected it to be. But he certainly understands the pull to leave the warmth of the Pacific for more money in chilly New Zealand. 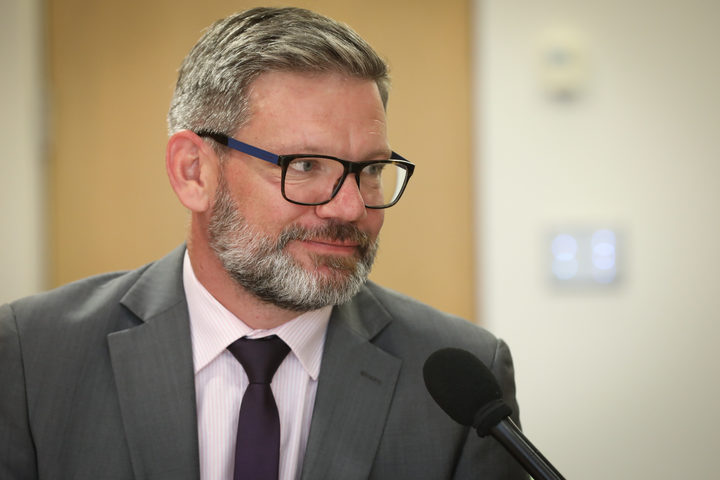 Immigration minister Iain Lees-Galloway is a supporter of the ballot system but acknowledges New Zealand's track record in welcoming and caring for Pasifika people is hardly unblemished. "Overall, we do respect the system and respect the people. It's not 100 percent perfect by any stretch of the imagination and, if you go back a little bit further than 10 years, there's some really glaring examples of where we horribly let down people who had come here from the Pacific."

The provisions required under the scheme, such as a good job, are important to make sure people can look after themselves and not be vulnerable to exploitation, he says. He’s keen to continue the special ties between this country and the rest of the region - but he too understands there is a need for change. "Clearly there is huge demand for the opportunity to come and live and work in New Zealand and we need to have a fair process for dealing with that,” he says.

“It is appropriate that we have a special set of settings for our Pacific neighbours... but saying that, I think it is timely for us to take a fresh look at our Pacific migration settings and see if it is working as well as it could for our neighbours and what opportunities there might be to do it better.”

Those who applied for this year's Pacific Access Scheme found out their fate a couple of weeks ago. But the many thousands who applied in Samoa are still on tenterhooks hoping their name is selected in the draw next week - and that the better life it promises really does exist.