Vanuatu have bagged their first win at the oceania beach soccer nations cup in French Polynesia, defeating New Caledonia in a fast-paced goal feast of a match that ended 14 - 7. 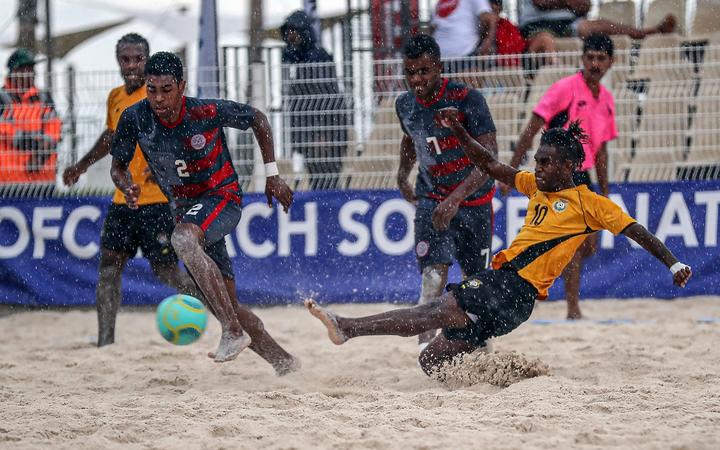 The Melanesian rivals came out of the blocks firing on a wet and windy day in Tahiti, with New Caledonia drawing first blood before Vanuatu replied with three of their own.

Meanwhile, a much improved Tonga side were able to frustrate Solomon Islands and keep the scoreline below double figures to regain some respect after Wednesday's 23-1 humiliation at the hands of Tahiti.

The Solomon Islanders ground game proved an easier challenge for the Tautai who suffered from Tahiti's aerial dominance in their international debut on the sand.

The Bilikiki did make it three-from-three though, defeating the boys from Ha'apai 7-1. Tonga's one goal was gifted by the Solomon Islands goalkeeper, whose attempt at a long throw hit a Tongan player and bounced back into the goal. 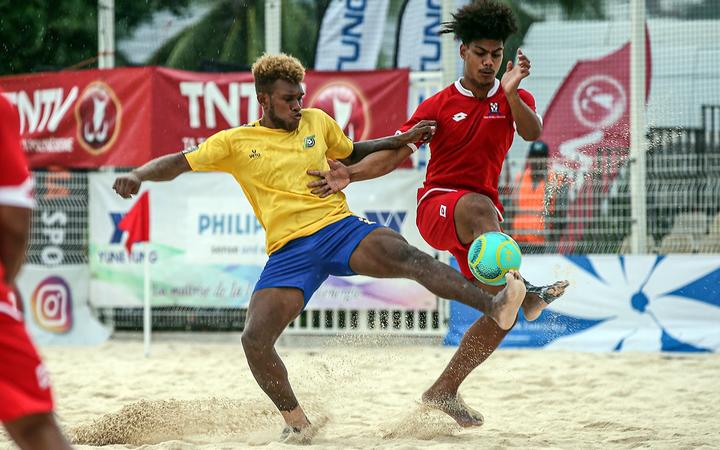 In today's matches New Caledonia, who are still chasing their first win of the tournament, take on Tonga at 2pm, local time.

At 4pm the two giants of oceania beach football Tahiti and Solomon Islands square up.