Norfolk Islanders are using mannequins, placed around the island, to make the point about their struggle to be heard. 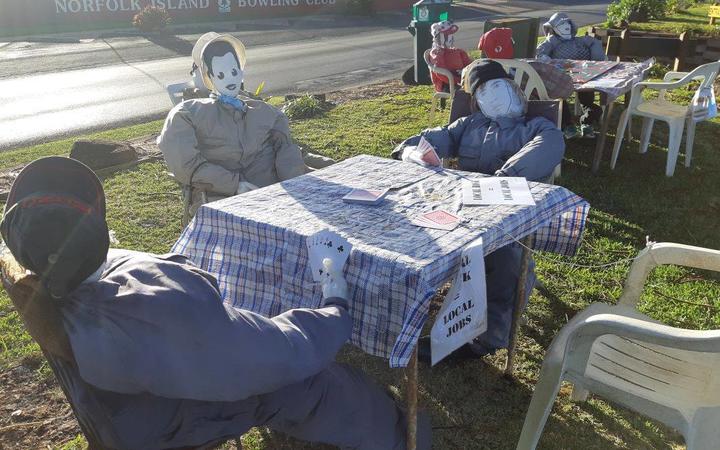 Since Canberra's direct takeover of the island three years ago Norfolk Islanders have been staging novel protests, and the latest is making use of dummies sitting around the island.

The mannequins aim to raise awareness around concerns about plans to import rocks for the rebuild of the airport runway.

The islanders said there was suitable rock on Norfolk and using this would avoid importing biohazards, but they lacked the political clout to have the decision overturned.

Terence Grube said the mannequins were there to tell people, including tourists, that the islanders have concerns

"You may be new and living here, you may have purchased here, but we are asking you to listen to us, see what we are displaying around the island to hopefully get the message across that when we do need someone to support us you will understand the story behind why these mannequins are, not strategically, but certainly eloquently placed around the island." 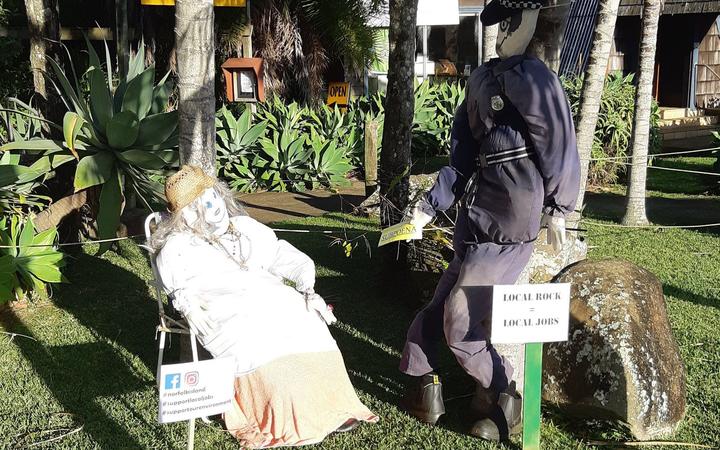