Papua New Guinea's prime minister has led a delegation to Singapore to find a way in to a trust fund the government has been locked out of. 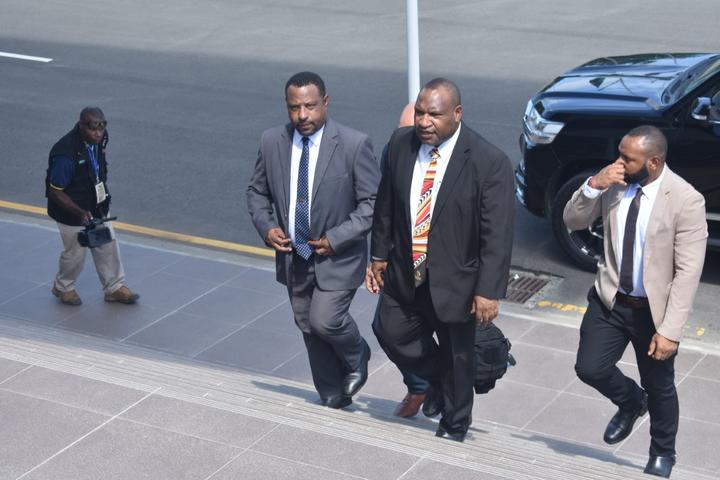 James Marape (centre in black suit) walks back to parliament after being sworn in as prime minister of Papua New Guinea, 30 May 2019. Photo: RNZ Pacific/ Melvin Levongo

In his first overseas trip since taking office last month, James Marape met with officials from the PNG Sustainable Development Program on Sunday.

The company manages about $US1.4 billion of assets through a long term fund which was set up to hold profits from the Ok Tedi copper mine in Western Province.

Since the government of Peter O'Neill expropriated the mine from the SDP in 2013, it had been in a protracted court fight to gain control of the long-term fund parked in Singapore.

Singapore's High Court ruled against the government's claim in April. Following this, and a change in government leadership, PNG's new prime minister Mr Marape is seeking a different approach.

He said on Facebook the aim of his trip was to find common ground with the company managing the fund.

The prime minister was accompanied by MPs from Western Province whose constituents are intended to be direct beneficiaries of the SDP's projects and long-term fund. 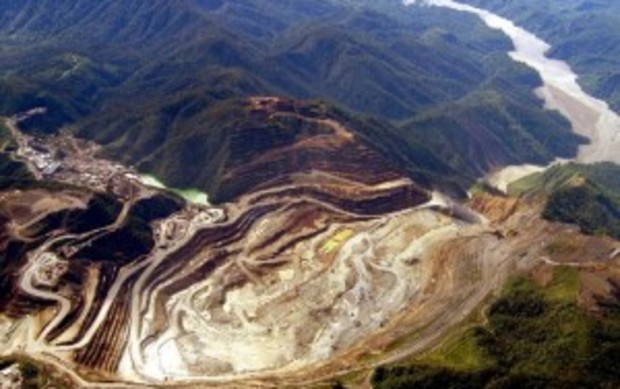 Mr O'Neill, who indicated that the government would appeal the Singapore court ruling, portrayed the government's aim in the case as being to ensure the company's funds were given to the people of Western Province.

It remains to be seen whether that appeal will proceed, with Mr Marape advocating a discourse-based approach to dealing with Sustainable Development Program.

The SDP was established in 2001 when BHP Billiton divested its majority share in the lucrative Ok Tedi copper mine in Western Province to SDP.

April's court decision was welcomed by the four Western MPs, who said it would ensure SDP was protected from political interference and that its assets went to the people.

However, the money in the fund is intended to be disbursed by SDP within Western Province when the Ok Tedi mine closes. The mine is still operational.