Tahiti and Solomon Islands have opened their accounts at the Oceania Beach Soccer Nations Cup in French Polynesia. 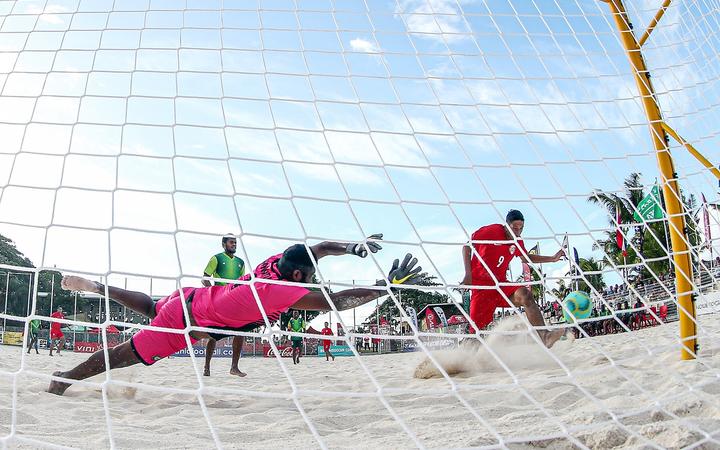 The in form Tiki Toa made their intentions for the tournament clear slotting eight goals past Vanuatu in a spectacular display of aerial passing, flicks and scissor kicks worthy of the two time FIFA Beach Soccer World Cup runners up.

Vanuatu put in a spirited performance managing to keep the scoreline close in the opening periods and bagging two goals of their own late on in the match.

The hardworking New Caledonians had several opportunities to close the gap creating good chances on the counter but failing to convert infront of goal. 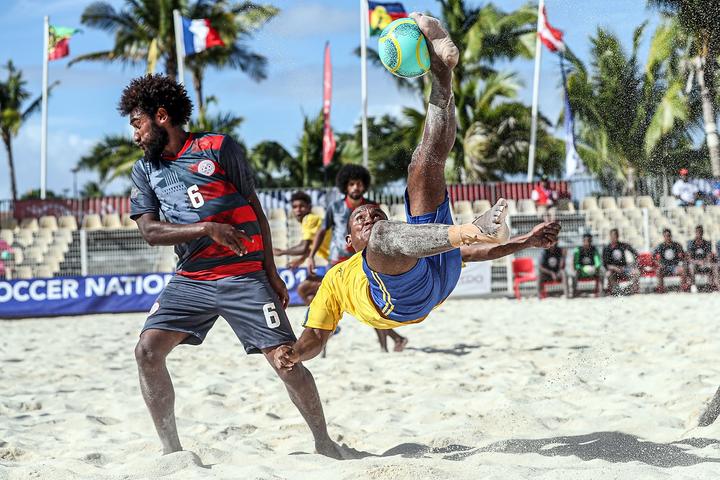 Todays matches are Melanesian and Polynesian affairs with Vanuatu and Solomon Islands playing at 2pm local time and Tonga set to make their international beach soccer debut against the defending champions Tahiti at 4pm.

As well as regional bragging rights the winner of the tournament will secure themselves a spot at the FIFA Beach Soccer World Cup later this year in Paraguay.