A fishing vessel owned by Tri-Marine subsidiary, National Fisheries Development Ltd, nearly sank on Sunday after being rammed in Majuro harbour in the Marshall Islands. 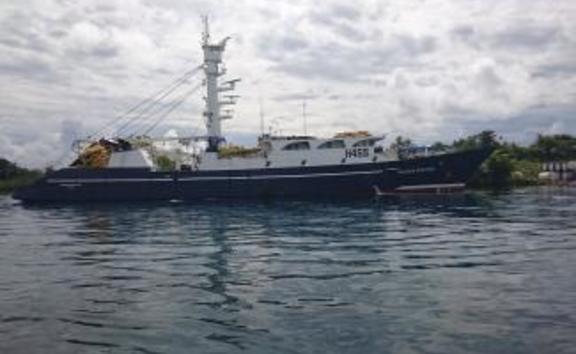 The Solomon Sapphire was hit by Vanuatu flagged fishing boat, Win Best 707, while anchored in the harbour.

Barava News in Solomon Islands reported the point of collision was on the starboard side towards the bow, and with the boat on the point of capsizing the crew were initially told to abandon ship.

But the vessel righted itself, though with a significant list, and the only damage appears to be a huge dent in the bow.

The captain on the Vanuatu ship is thought to have been injured, but the crew on the Sapphire - consisting of seven Solomon Islanders, nine Filipinos and three Portuguese, one each from New Zealand, Panama and the Dominican Republic - are all reported to be safe.