Samoa have finished an historic week at the Junior World Weightlifting Championships with an impressive haul of three gold and two silver medals in Suva.

Don Opeloge kicked off proceedings on Tuesday in the men's 89kg division, winning gold in the clean and jerk and total.

Feagaiga Stowers joined the party on Saturday, winning gold in the women's 87kg division with a personal best lift of 124kg in the snatch to edge out the 2018 world champion Lee Seon Mi, while finishing only one kilogram shy of her Korean opponent in the overall category.

The 18-year-old also finished second in the clean and jerk while Don Opeloge was awarded the trophy for "Best Overall Male Lifter".

President and Head Coach of the Samoa Weightlifting Federation, Jerry Wallwork, said both medallists have made a "huge improvement" since winning gold and silver respectively at the Commonwealth Games 14 months ago.

"It's history in the making," he said.

"We used to dream about winning medals at the world championships and it's a dream coming true." 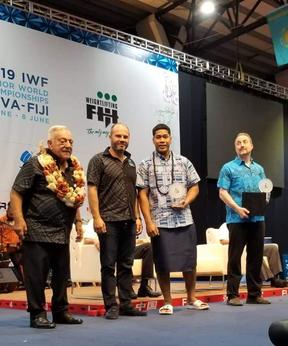 Samoa had six lifters competing in Suva, with Leotina Petelo finishing an impressive fifth overall in the women's 81kg division, despite only taking up the sport 18 months ago.

Maeu Livi finished sixth in the men's 96kg, Lesila Fiapule was seventh in the women's 87kg and Jack Opeloge came 14th in the men's 81kg to cap off an impressive week.

"It's been a great week of performances right across the board from all my juniors," Wallwork said.

After winning the country's first ever World Championship medals Jerry Wallwork said the challenge now was to keep improving, with the Senior World Championships only three months away and the Tokyo 2020 Olympics getting ever closer.

"That's another major goal within our planning and within our system to try and reach and hopefully we will do it in the future." 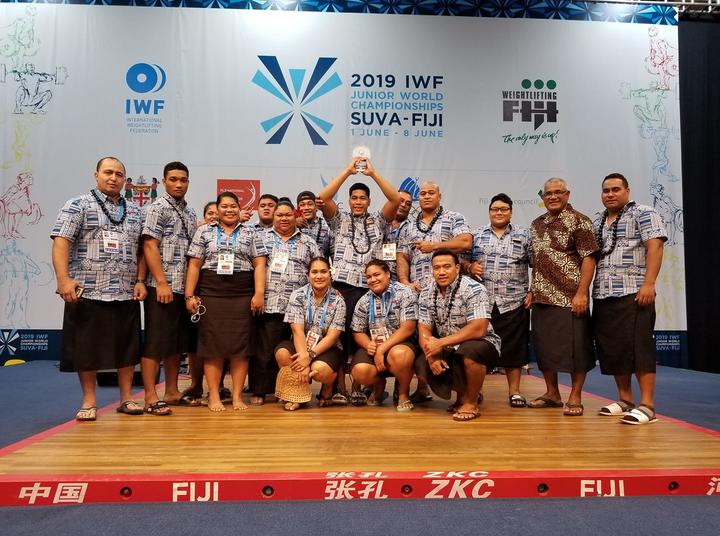 Two hundred and thirty-five athletes from 41 countries travelled to Suva to complete in the Junior World Championships and Jerry Wallwork commended Fiji Weightlifting and the country for putting on a world class event over eight days.

"To host a World Championships is not an easy task, it requires a lot of preparation. They put on a very successful world championships and they did a great job," he said.

"Everybody that participated were happy - and that's including us - and also it gives us a feeling of we're part of this because we're from the Pacific and it's our championships and it's held in our region," he said.

"It's a great thing to have it here and I know Fiji's got a young team but they're going to come up, it's only a matter of time, and our performance here was for the whole Pacific.

"We're representing the Pacific and hopefully what we did here is going to give encouragement to other countries in the Pacific that they can do the same thing at the World Championships."