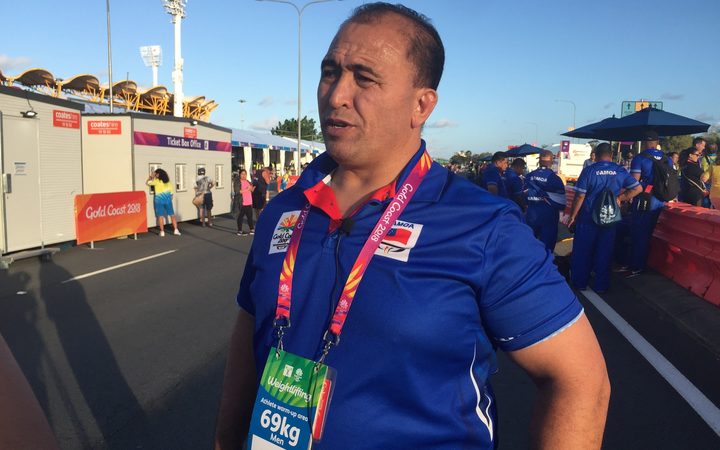 Samoan weightlifter Nevo Ioane was left to rue missed opportunities after missing out on a medal at the Commonwealth Games.

A bronze medallist in Glasgow four years ago, Ioane was forced to settle for fourth place on the Gold Coast, in the men's 69kg division, with a total of 292kg.

"When you're at that top level you cannot afford to miss lifts and we did drop the ball. We did miss some snatches and even in those last two attempts, he was by himself but the pressure is on. That was (an attempt at) his personal best so we just have to take the good and the bad, today was not our day and we missed out on that gold," he said.

Nevo Ioane was only three kilograms shy of matching the bronze medal winner but Jerry Wallwork had no regrets about the decision to go for gold.

Jerry Wallwork had predicted all six of his weightlifters would medal on the Gold Coast but the veteran coach said Ioane's disappointment should serve as a wake-up call to the rest of the team.