Guam have opened their FIFA World Cup and Asian Cup football qualifying campaigns with a 1-0 defeat away to Bhutan.

A 35th minute strike from Tshering Dorji proved the difference as the Dragon Boys held on to win the first leg in front of a vocal home crowd of 7,000 in Thimphu.

Guam goalkeeper Dallas Jeffrey Jaye was called into action early at the Changlimithang Stadium, saving an overhead kick from Chhuma Dorji Lepcha in the sixth minute.

A short time later the Matao missed an opportunity of their own from an indirect free-kick in the penalty box, while Ian Mariano's shot was blocked by the feet of Bhutan keeper Tshering Dendup in the 24th minute.

Tshering Dorji's right-footed strike gave the hosts the advantage 10 minutes from halftime although Marcus Lopez went close to equalising for the Matao only to be denied by the ever-present feet of Dendup.

Chances proved few and far between for Guam in the second spell, with the US Territory spending much of their time defending deep in their own half. But after playing their first competitive match since September and restricting Bhutan to just one goal in front of their home fans, at a stadium perched 2300m above sea level, there is plenty for Matao head coach Karl Dodd to feel encouraged by. 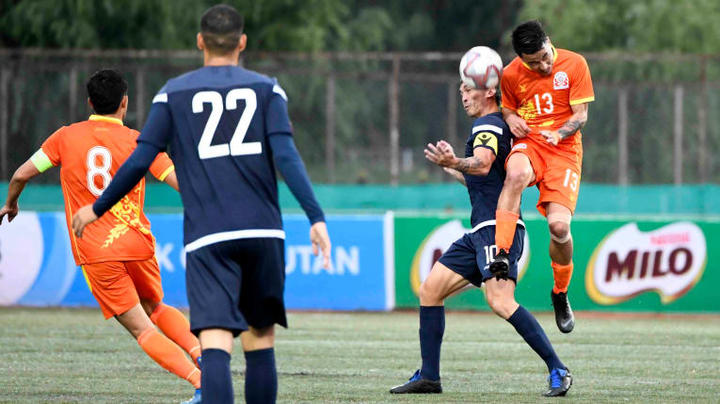 Both teams will now spend the best part of two days travelling to Guam for the return leg on Tuesday where the Matao will be back in familiar surroundings and won't have to contend with the high altitude of the Himalayas or players arriving into camp in three separate groups - some only 48 hours before kick-off.

The winner of the home and away tie will join five other teams in advancing to the second round of qualifying for the 2023 Asian Cup.