Samoan weightlifter Don Opeloge has made history after winning two gold medals at the Junior World Championships in Suva.

Competing in the men's 89kg division on Tuesday, Opeloge failed with his first two attempts in the snatch and was forced to settle for sixth place after lifting 151kg at the third time of trying.

But the 20 year old was successful with all three attempts in the clean and jerk. Having already secured one gold medal with a lift of 193kg, he set a new personal best of 198kg with his final attempt to also win the overall title by one kilogram from Iran's Mohammad Hosseini. 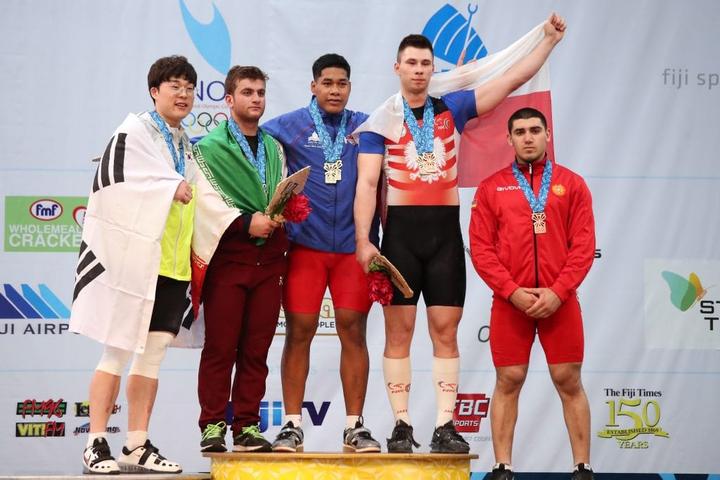 President and Head Coach of the Samoa Weightlifting Federation, Jerry Wallwork, said it's the first time Samoa has ever won a medal at a Junior or Senior World Championships.

"In the snatch I almost had a heart attack when he almost bombed out but we had to come back and regroup and get your mind on what needs to be done - it's not over yet until it's over," he said.

"Then the jerk we just had to come back. We knew we had a strong jerk and I think that was a great advantage to us playing around with the weights and doing all the tactics and we were able to secure the two gold medals at the end."

Opeloge won a silver medal at last year's Commonwealth Games on the Gold Coast and Jerry Wallwork belives the hard work Opeloge has put into his training over the last 12 months is now paying dividends.

"It is a personal best for him too by quite a bit - that's almost 10kg in competition," reflected Wallwork on Opeloge's winning lift in the clean and jerk. "And from the Gold Coast until now it just shows how rapid he has improved and I think from now until the Olympic Games and also the Senior World Championships he's going to be a great threat to everybody if he keeps training the way he is." 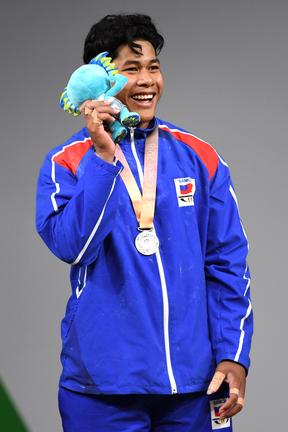 This is the last year Opeloge can compete in junior events and Jerry Wallwork believes if he keeps working hard the sky is the limit.

"In the senior ranks he's now in the top eight/top seven. The clean and jerk he's in the top four in the world right now, probably even the top three, so he's very close now to the top," he said.

"If we really want that medal at the Olympics or the Senior World Championships he's got to put in the hard yards for the next 12 months, 24 months. It's been proven now that he has the natural talent and it's just a matter of just keep training and putting in the hard yards."

The Junior World Championships continue in Suva until Saturday.