The British embassy is re-opening in Tonga after being closed for nearly 13 years.

The British governments' Foreign and Commonwealth Office says Mr Robin Ord-Smith has been appointed High Commissioner to the Kingdom of Tonga, as it reopens its residence in Nukuʻalofa. 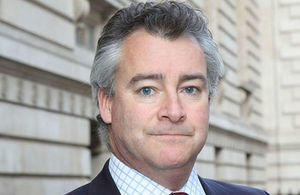 Mr Ord-Smith is expected to take up his appointment soon.

He has wide diplomatic experience since beginning his career in Britain's Foreign Serivce in 1989 and is currently the Queen's Ambassador in Kyrgyzstan.

In April last year Boris Johnson who was British Foreign Secretary at the time, announced the United Kingdom would open new diplomatic posts in Vanuatu, Samoa and Tonga as part of an expansion of its overseas network with nine new Commonwealth posts.