Samoan pre-schoolers on New Zealand's South Island have turned language learning into a game using a smartphone application they helped develop and design.

The O Luga o le Motu Samoan Language App, which translates to On Top Of The Island, was produced by the Tine o Tasi Centre - a bilingual Samoan early childhood education provider with pre-schools in Christchurch and Dunedin. 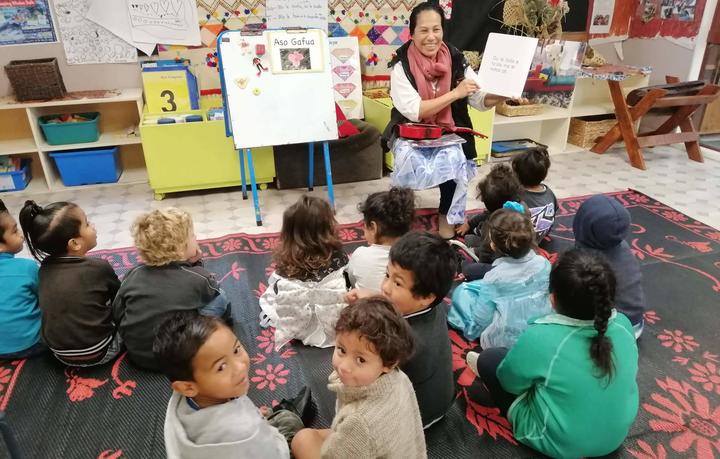 With Samoan Language Week underway, the director of the centre Saul Luamanuvae-Su'a said the App promotes the language, culture and identity with the tamaiti.

"We were prompting our children to just get an idea of what reminded them of Samoa," he said.

"Get them to describe the item, say it in Samoan and some of the kids didn't know what that was. They were using each other as information tools.

"They are able to support each other and we were able to take these children to record studios to record all of the content that you hear on it."

Mr Luamanuvae-Su'a said the iPhone App - launched last year - presents a series of pictures of life and items found in Samoa with scrambled letters under each picture.

"Children are required to match the audio and the picture correctly to progress to the next level," he said.

"This App also teaches the children about digital technology."

"What is even more remarkable and creative is the lead role they played in the development and design of the App, with their voices used for the words and songs," Luamanuvae-Su'a said. 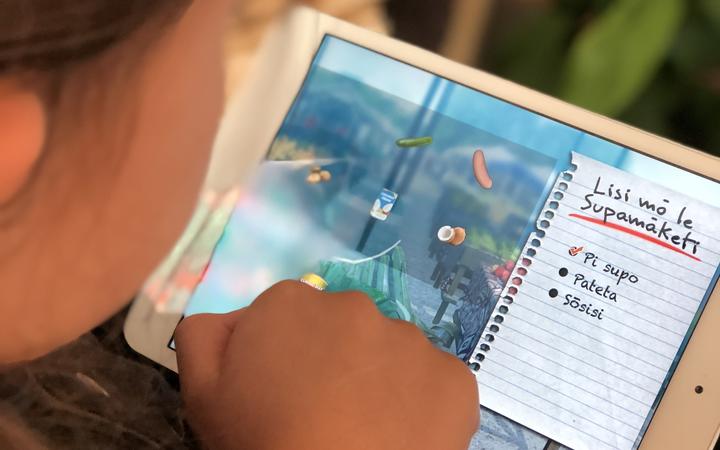 Children are required to match the audio and the picture correctly to progress to the next level. Photo: Tine o Tasi Centre

"This gave the pre-schoolers a sense of ownership, empowerment and pride in themselves and their achievements."

"Bryan Field is an illustrator from Kiwa Digital. He interpreted the ideas of our pre-schoolers to create the final designs that appear in the app," he explained.

Tino e Tasi Preschoolers in Dunedin teaching me how to use their interactive APP to learn Samoans. Well done and Congratulations! pic.twitter.com/a5nnWUqHvK

Thousands of Samoans around New Zealand are participating in the weeklong celebrations which started on Sunday.

Student debates have been held in Auckland and Wellington while the fa'afiafiaga mo tina ma tama matutua or entertainment for the elderly was on today.

At the Tine o Tasi Centre in Christchurch, Mr Laumanuvae-Su'a said the children were excited to be a part of the occasion.

"We've also had a special meal everyday. We had koko laisa (cocoa rice) for Monday, sapasui (chopsuey) on Tuesday and we're looking to doing some fa'apapa (baked coconut bread) later in the week."

Samoan Language Week ends on Saturday with the commemoration of the island's 57th independence anniversary. 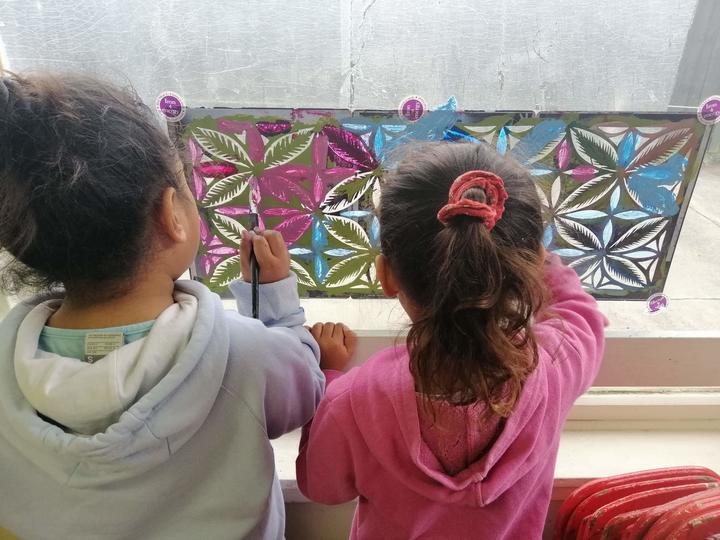