Australian golfer Daniel Fox has a two shot lead at the Papua New Guinea Open after a flawless opening round of 7 under par at Royal Port Moresby Golf Club. 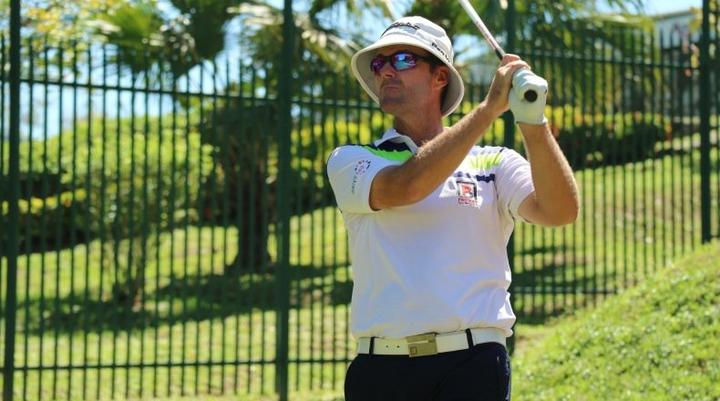 The West Australian sunk seven birdies, including three straight on his final three holes through 7, 8 and 9.

"I was very clinical today," said Fox, who is playing in his sixth PNG Open.

"I drove it pretty well up until the last few holes but I managed to keep it together with some good short game.

"I putted much better than last week in Lae where I sort of messed around with a few things just to get the ball rolling and it's carried over to this week.

"I gave myself plenty of really good looks, made the odd putt here and there and finished with three birdies in a row."

A cluster of six golfers are tied for second at 5 under par, with a further ten in a share of eighth place at 4 under par.

PNG amateur Gideon Tikili is the best placed local after shooting an opening round of 1 under 71, which included six birdies, three bogeys and a double bogey.

Defending champion Daniel Gale nine shots off the pace, after carding an opening round 2 over par 74, while Fiji professional Sam Lee is eight shots off the lead after a disappointing one over par 73.