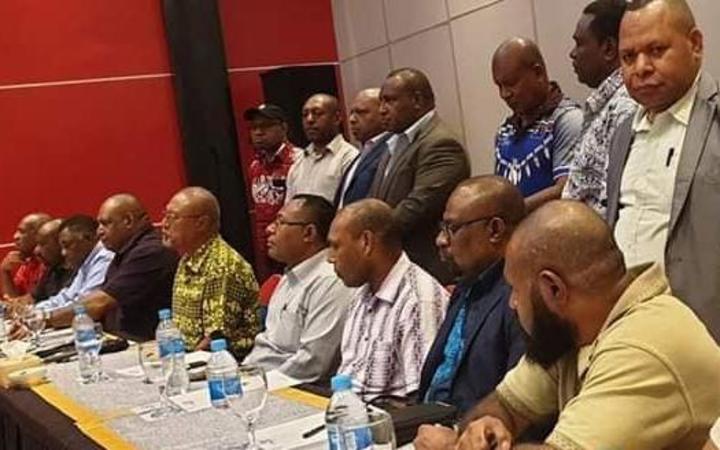 Six other government MPs joined them in a news conference to announce their resignations from the party.

This follows resignations of eight other MPs from the PNC in the past week.

At a news conference this afternoon, Abau MP Sir Puka said they had decided to move because of internal disagreements over how the country was being managed.

The government's move last month to sign the Papua LNG Gas project agreement with French company Total was identified as a factor in the resignation of several MPs.

They said the agreement did not protect landowner interests, nor those of provincial administrations.

At today's news conference, concern was also voiced about the lack of a consultative approach by Prime Minister Peter O'Neill within cabinet.

He said that given what MPs had been witness to in government, they could not continue to pretend that PNG was OK.

Mr O'Neill's refusal led to the defections and resignations, he said.