Papua New Guinea's prime minister Peter O'Neill is playing down the significance of a spate of resignations from his People's National Congress party.

The departure of five MPs from Mr O'Neill's party on Friday, while Mr O'Neill was in China, followed resignations earlier this month by two cabinet ministers. 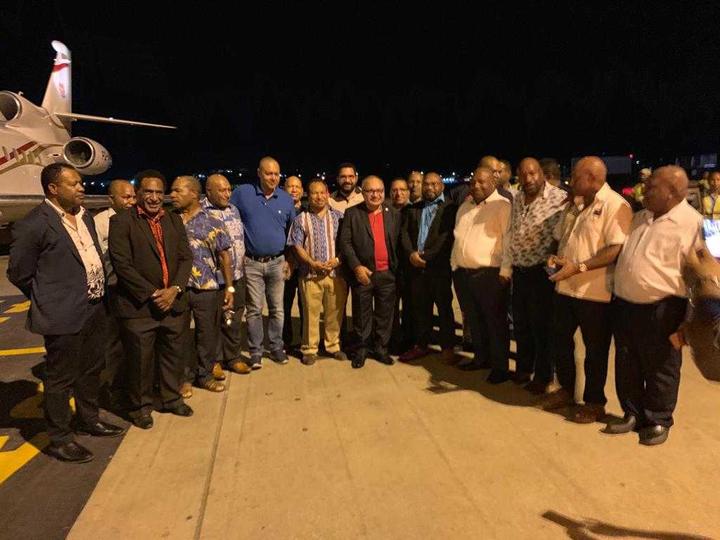 Among the latest leaving the ruling party are influential Enga Governor, Sir Peter Ipatas, and heads of two other Highlands provinces.

The resignations appear to strengthen the opposition's plan to table a motion of no-confidence against Mr O'Neill in parliament next month.

The prime minister said he expected the opposition to make a big noise about the resignations, but described such movements as a natural phenomenon in a big party like PNC.

Mr O'Neil said he respected the MPs' decision to resign, but pointed out that they were elected to parliament under the PNC mandate.

"PNC has supported them in many (more) ways than one, so that they can retain their positions as members of parliament," he said.

"We look forward to working closely with them over the next two years. And we will allow the people to make up their own decision when the elections come."

After returning from China, Mr O'Neill was greeted at Port Moresby's airport by a crowd of MPs in a show of support.

The prime minister insists he has a majority in the 111-seat house to defeat a motion of no-confidence, but deep discontent about governance and the handling of resource wealth could be turning the tide against him. 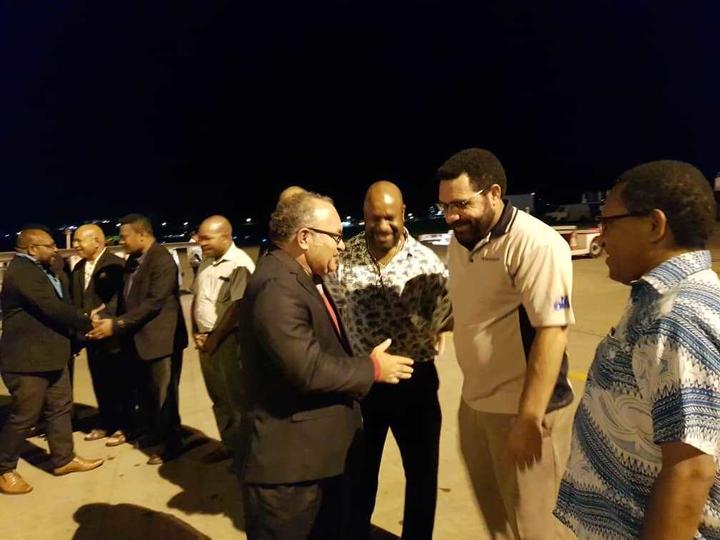 PNG Prime Minister greets supporting MPs after arriving back in the country from a visit to China. Photo: Melvin Levongo

The resigning MPs raised their dissatisfaction with the government's actions in signing the Papua LNG Project agreement this month with French company Total SA, warning that interests of provinces and landowners were not being protected.

Mr O'Neill dismissed claims by the resigning MPs that his government had failed to convert revenue from resource projects into benefits for the people.

"Our government has delivered very visible projects and policies, making sure that this builds a very solid economy. Our country has a bright future, but only selfish and self-indulgence politics will continue to destroy and derail the development agenda that our country truly deserves.

"Despite a little bit of movement on the floor of parliament and in the party, I can assure you that our government is very stable," he said.