A Polish tourist in Indonesia sentenced to five years jail for meeting West Papuan rebels is maintaining his innocence ahead of an appeal. 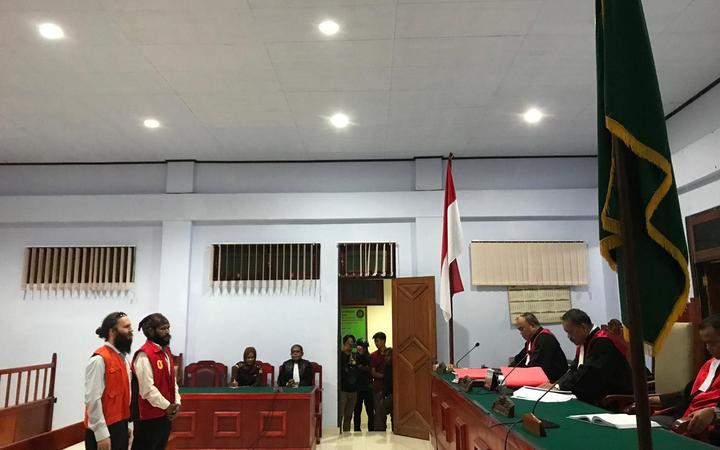 Jakub Skrzypski was arrested in August and charged with treason after police said he was part of a plot to sell arms to the West Papua Liberation Army.

On Thursday, the Wamena City Court passed down his sentence as well as four years jail for his co-defendant, Papuan student Simon Magal.

Speaking briefly to reporters from behind bars, Skrzypski said the judgement was ridiculous and politically motivated.

"I wasn't caught red-handed. I didn't have any forbidden materials on me. They tried to sentence me, to judge me, only becuase of their assumptions of what I [was] supposed to think, of what I was supppsed to try to do, that's it. Nothing more," he said.

She said the decision was a shock to Mr Skrzypski, adding that he was "very stressed, depressed, about the verdict."

Mr Skrzypski was detained after hearing his sentence Ms Siregar said his phone use was restricted.

But an Indonesian researcher based in Papua, Hipolitus Wangge, spoke with Mr Skrzypski after the decision and said the Pole was hopeful.

"When I talked with him he was fine, he was filled with spirit. And I still think that his case will draw much attention."

Mr Wangge said right before he spoke with Mr Skrzypski, he was calling his country's embassy in Jakarta for assistance.

A spokesperson for Poland's Foreign Ministry told the Associated Press on Thursday that every effort was being made to help him. 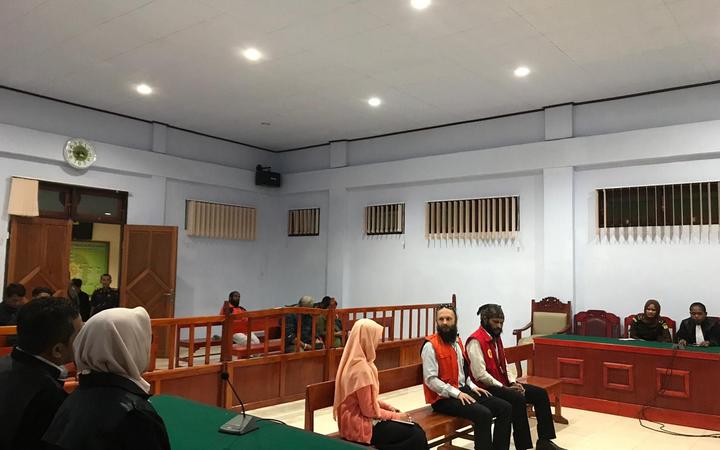 Other observers said the sentence was a damning indictment not just on the defendants, but on freedoms across Papua.

Andreas Harsono, a researcher with Human Rights Watch, said it would deter foreigners and especially journalists from travelling to the province.

"It raises a much bigger question, and much more troubling question: What is going on? What is Indonesia hiding in West Papua?"

A police spokesperson in Papua declined to comment on the sentence.

On Thursday, Mr Skrzypski said there were issues with translations in the trial and the presenting of possessions that weren't his as evidence.

In a handwritten note provided to RNZ Pacific, he likened himself to Gallileo Galilei, the Italian astronomer convicted of heresy by the Catholic Church in the 15th century for believing the Earth revolved around the Sun.

"I'm innocent of the accusation, and I refuse any possible sentence as an unjust one. I have never intended war [or] practiced any actions against the Indonesian state as such."