Fiji police have searched the Suva headquarters of the Fiji Trades Union Congress whilst its national secretary Felix Anthony is still being held in custody.

Mr Anthony was arrested yesterday afternoon amid protests over job losses at the country's water utility company and ahead of planned protests this weekend.

His lawyer Filimoni Vosarogo said Mr Anthony is being questioned over alleged breaches of the Public Order Act.

"The allegations are in breach of the public order act but the police have 48 hours to hold a person they have arrested. Once they complete the caution interview, they will then have to decide whether to press charges or not," said Filimoni Vosarogo.

In live footage filmed from the headquarters, Mr Anthony was seen accompanying police officers into the building.

The Fiji Trades Union Congress board has been holding a meeting discussing the prospects for the protests to go ahead and this was interrupted during the search. 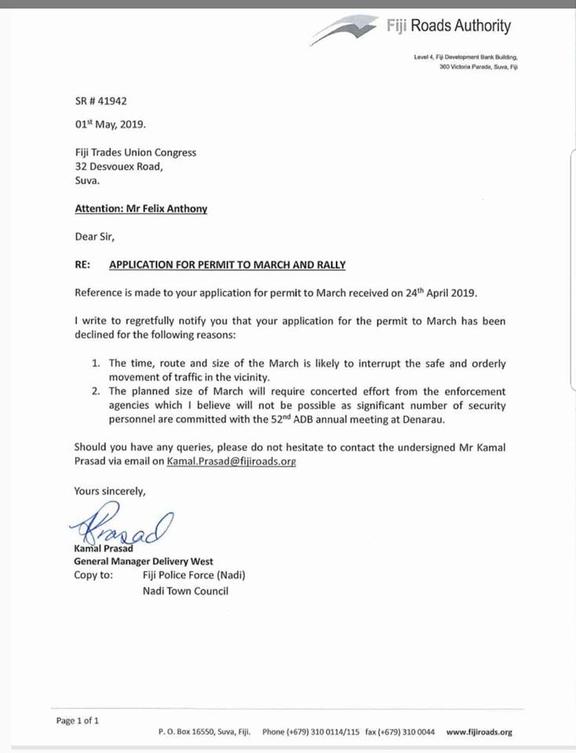 The Fiji Trades Union Congress says its application for a permit to march on Saturday has been rejected.

The union was planning a march in Nadi over various labour issues and had applied to the police for a permit as required under Fiji law.

FBC news reports the Fiji Roads Authority saying the time, route and size of the march is likely to interrupt the safe and orderly movement of traffic in the vicinity.

An FRA executive Kamal Prasad is also quoted as saying the size of the march would require a concerted effort from the enforcement agencies.

He said this was not possible with a significant number of security personnel committed at the Asian Development Bank meeting taking place in the vicinity.

The Labour Party has also spoken out saying police power is being abused.

The Labour Party has also spoken out saying police power is being abused.

The NFP leader Biman Prasad has labelled the arrest and interrogation of trade unionists by police as persecution, harassment and intimidation. 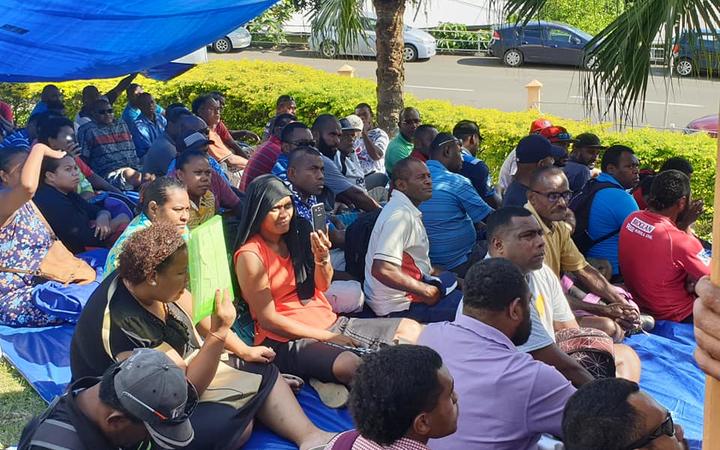 He said the guarantors of law have become a law unto themselves.

Professor Prasad has called for the release of all the unionists and workers who have been detained.

Labour leader Mahendra Chaudhry said it is an intimidation of workers and unions and a denial of their right to engage in peaceful protest.

More than 30 people including union members and executives have been in police custody this week, their detention understood to be over alleged breaches of the Public Order Act.

Mr Chaudhry, a former prime minister, also questioned Police Commissioner Sitiveni Qiliho's comments that they will maintain law and order and will "not allow unscrupulous elements to disrupt the water supply or operations of WAF by union activists".

Unions in Australia, New Zealand and Samoa have condemned the actions taken against union representatives and workers have expressed their support for their Fijian colleagues.